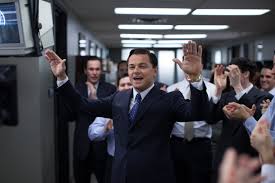 While DiCaprio made sure to bring his mother Irmelin Indenbirken with him to the show, he also made sure to join Garrn at the Sunset Towers' Golden Globes After-Party. Looking dapper in a tuxedo, DiCaprio greeted a radiant Miss Garrn with a kiss on the lips. The couple has quite a history of such PDAs, going as far back as being caught aboard a yacht during the 66th Cannes Film Festival.

DiCaprio, nearing 40, and Garrn, just now drinking age, have been an item since May of last year. Garrn, a Victoria's Secret model, is the latest in DiCaprio's trend of dating beautiful women, such as Giselle Bundchen, Erin Heatherton, Blake Lively, Emma Miller, Bar Refaeli, and Kirsten Zang.

Tiny Fey joked above this trend as she brought him to present at the awards, quipping "And now, like a supermodel's vagina, let's all give a warm welcome to Leonardo DiCaprio." DiCaprio's response was simply a smiling nod as he strode on stage.

On The Web:
Di Caprio PDA: Leo Gets Kiss From Girlfriend After Win
http://www.huffingtonpost.com/2014/01/14/leonardo-dicaprio-toni-garrn-kiss_n_4597608.html