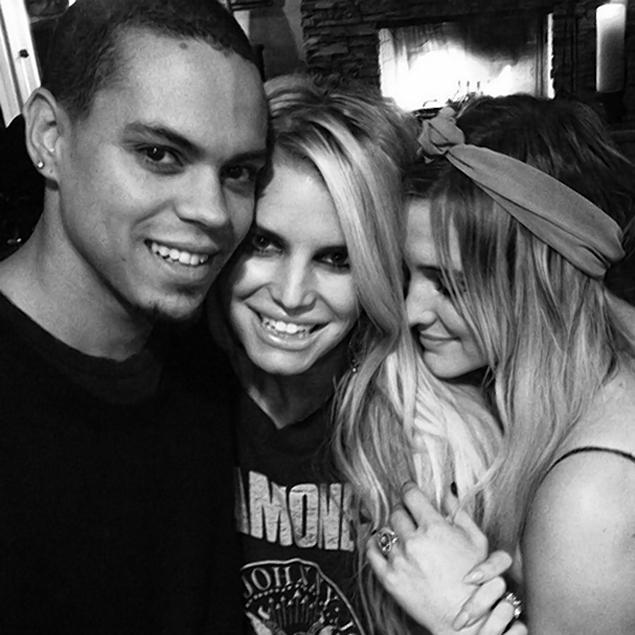 Jessica Simpson Welcomes Evan Ross To The Family
[/caption]Songstress and Weight Watchers spokesperson Jessica Simpson took to Instagram to welcome Evan Ross to the family. Simpson's sister Ashlee made the Monday announcement of her engagement to Ross, who is the son of legendary singer Diana Ross. Ashlee, 29, and Evan, 25, were vacationing in Hawaii when he popped the question along with a 5-carat Neil Lane sparkler--and it looks like big sister Jessica approves!

Simpson posted an endearing snapshot of herself with the newly engaged couple, captioned "Family moment". Though the fashion-mogul is no stranger to social media, the photo was only her second posting since joining the site on Tuesday, Jan 14. The snuggly family photo-op was quickly followed up by an adorable shot of Simpson and her daughter, Maxwell.

Ashlee's engagement made for two engaged Simpson sisters. Jessica, who has children Maxwell and Ace with fiancé Eric Johnson, is set to walk down the aisle later this year. It's unclear who will tie the knot first. Both sisters have been previously married. Jessica was famously married to singer Nick Lachey from 2002 to 2006. Ashlee and her rocker husband Pete Wentz split in 2011 after three years of marriage. They have one child, son Bronx Mowgli.

Di Caprio PDA: Leo Gets Kiss From Girlfriend After Win