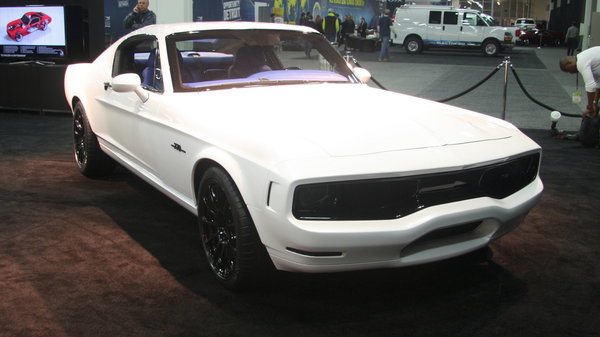 Detroit, Michigan - Equus Automotive has been in existence since 2009 and aims to sell high-end cars. Their first model has now been unveiled as the Bass770, a 1960s retro muscle car with a base sticker price of $250,000 which is roughly 5X the median household income in the United States.

Anyone looking for a 1967 or 1968 Ford Mustang will find the Bass770 to be the modern reincarnation with all of the modern amenities such as air bags and high seat backs. It also has an all leather interior for superior comfort and style. The 640-horsepower LS9 supercharged 6.2-liter V8 vehicle has also greatly improved upon the initial design of the 1968 mustang. By placing the engine as far back as possible, designers have created a broader zone for energy absorption and enhanced weight distribution which amount to better handling. The car has already met US safety standards and Equus is now seeking to meet get European certification for vehicle safety. Related Topics:equus $250000 muscle car
Up Next