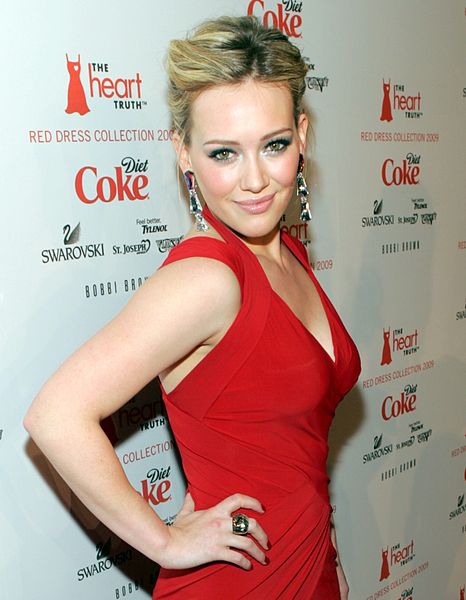 Hilary Duff isn't at war with the tabloid magazines over the fact that they reported she and spouse Mike Comrie have separated. But she is fighting mad that they are making up reasons why Duff and Comrie are likely headed to divorce court after three years of wedded bliss.

Duff recently posted comments on her Twitter account slamming the gossip press for attributing her marital troubles to the fact that she put her Hollywood career and glamorous lifestyle over enjoying married life with children. A spokesperson for the 26-year old actress reports that she and former hockey star Comrie remain on the best of term as friends, sharing parenting duties for their 24-month old son Luca.

Even friends and close associates of the couple admit that they didn't see this one coming. Duff and Comrie enjoyed a New Year's Eve celebration in New York City together and Duff even took a photo of the duo dressed up in their party finest which she posted on Twitter, encouraging her fans to take her advice and "have fun." But if and when the couple officially files for divorce, Duff wants her fans to know that they shouldn't believe any tabloid rumors.