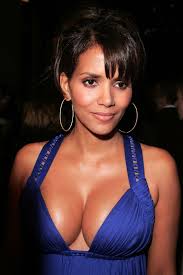 Singer Bruno Mars has a real thing for actress Halle Berry, but then again so do a lot of people. The stunningly beautiful African-American actress has been a media & film darling for the past two decades. Now, the song about his wistful desire to make passionate love with a woman he disclosed was Berry is nominated for the 2014 Grammy Award for "Song of the Year" and "Record of the Year".

If Mars is able to win either award or both, it will be the crowning event on a hugely successful recording. To date, the recording has sold 6.3 million copies globally. In addition, it peaked at number one in Canada, the United States, Hungary, Slovakia, Lebanon, Mexico, Poland, and Venezuela. Indeed, it was an international hit song.

At the time of the song's release, Mars was interviewed in regards to whom he referred to with the statement about the physical union with this person taking him to paradise. Speaking to the host of UK's Capitol FM radio station, Mars came clean that he was fantasizing about Berry. He also expressed the fact that the lyrics are very personal to him. It will be interesting to get Berry's take on the song should win a Grammy.

on the web :
Bruno Mars Song 'Locked Out Of Heaven' About Halle Berry
http://www.music-news.com/ShowNews.asp?nItemID=60246