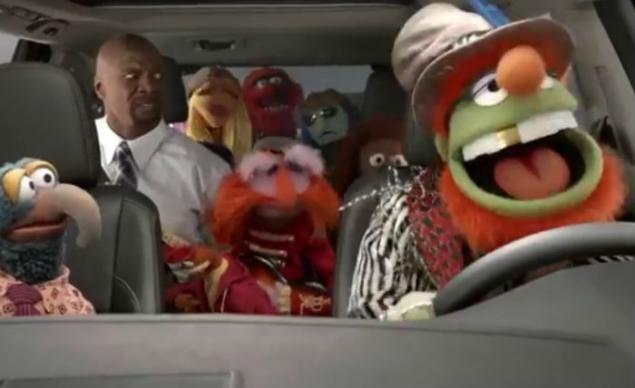 Terry Crews and his rugged Toyota Highlander are no match for a bunch of Muppets, as viewers will see in the commercial set to run as one of the Super Bowl XLVIII advertisements. Crews, star of "White Chicks" and "Brooklyn Ninety-Nine", looks pretty bored as he cruises down the highway at the wheel of a brand new Toyota Highlander.

His bored stupor is soon upended when a group of hitchhiking Muppets commandeers the vehicle as Zoot and Floyd Pepper open one of the Highlander's doors and steer the vehicle in the direction of an imaginary land where bingo and wine-making prevail.

When Dr. Teeth takes control of the wheel, Animal tosses his drums into the roomy rear compartment and Gonzo carries on his shotgun, Crews is powerless to do little than succumb to all the zany fun, as he eventually removes his shirt, repositions his necktie atop his head and begins singing while leaning out of the Highlander's sunroof. Adding to the fun and creativity of this car manufacturer's ad, set to be televised this Sunday during the Super Bowl Game, are all the crazy gestures and wacky humor which have been a hallmark of Jim Henson's Muppets since their inception.