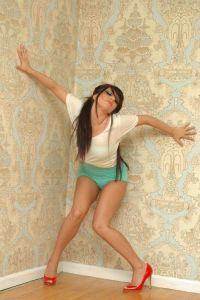 Lady Gaga overbooked herself on Sir Richard Branson's Virgin Galactic 2015 flight but that's OK. She's selling her extra space trip ticket with the proceeds going to her Born This Way Foundation. Lady Gaga is scheduled to be the first star to perform in space. She'll be performing aboard the Virgin space shuttle flight in connection with New Mexico's Zero G Colony tech festival.

Lady Gaga had an exciting 2013 even though she had to cancel a tour to get hip surgery and her album ARTPOP got mixed reviews. However, the prospect of her space trip has sent her spirits touring. She said the opportunity to perform was an honor. It was a great challenge to come up with a message of love that would blast from space and the great beyond, she said.

Related Topics:lady Gaga
Up Next