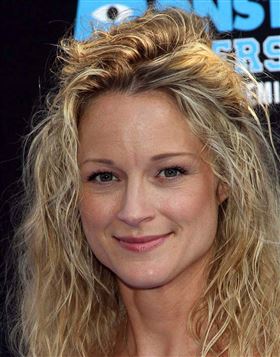 Actress Teri Polo, who starred in "Meet the Fockers", is being sued by her landlord for leaving the home she rented in the Los Angeles area a stinking mess. According to the lawsuit, Polo damaged the home, which she rented at a monthly fee of $7,000, by allowing dog feces to accumulate, and by allowing her pets to urinate on the flooring and carpeting, resulting in numerous stains and a lingering odor. According to court documents, attorney to the stars Ed McPherson is the landlord who filed the suit.

Polo seems to be such a poor housekeeper that McPherson also reports she left food in the refrigerator to rot and smell since the electricity was turned off. The lawsuit is requesting that Polo pay more than $30,000 in damages, including money to replace new blinds that she allegedly also left in disrepair. It is not known how long that Polo occupied the rental unit in question or how many pets she kept housed there. The actress's most recent film role is in "The Fosters." Neither Polo or McPherson has made any further comment about the charges alleged in the lawsuit or if they are negotiating a settlement.

ON The Web:
'Meet the Fockers' star Teri Polo facing a lawsuit?
http://www.mstarz.com/articles/25783/20140206/meet-the-fockers-star-teri-polo-facing-a-lawsuit.htm

Related Topics:Teri Polo sued
Up Next

Rosie O’Donnell Returns to “The View”

German Doctors Turn to Dr. Gregory House to Save A Man’s Life