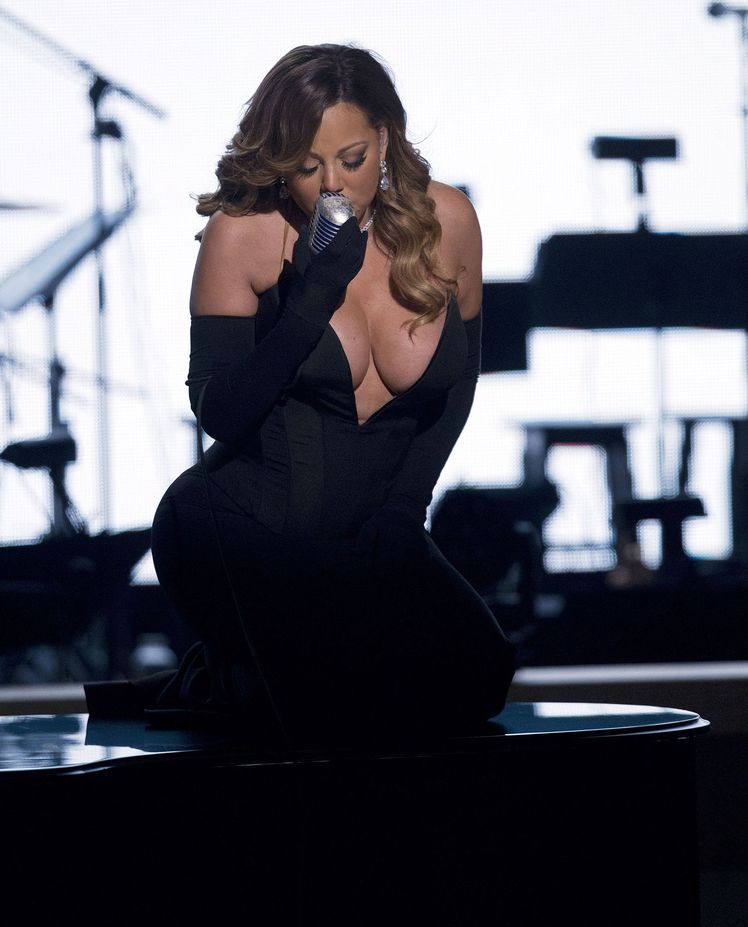 The BET Honors celebrates artists who contribute to the African-American community. The 2014 BET Honors ceremony got a little hotter with Mariah Carey and her revealing black dress. The gown, complete with black gloves barely covered Carey's top half. The singer looked ravishing while singing a yet-to-be released song on top of a piano. The Robin Singer designer dress showed enough cleavage to capture the attention of the entire audience, including those watching at home. See through straps held up the dress, and thankfully, there weren't any wardrobe malfunctions to worry about.

Mariah is known for her "barely there" outfits, and even at 43 year of age, this mother of two isn't afraid to show off her curves. Carey, while channeling cartoon goddess Jessica Rabbit, wore her honey curls long and flowing, while she donned smokey eyes and peach lips. The look was complete with a sparkly diamond necklace and drop earrings.

Before the performance, Carey gave her Instagram followers a sneak peek at what she would be wearing. Carey, who is married to Nick Cannon, had a lot of weight to lose after having her twins, and she did so with becoming a member and spokesperson for Jenny Craig.