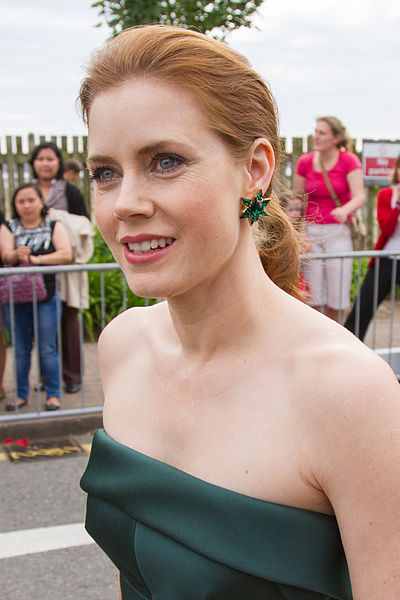 It was innocent enough. Valentino, a maker of high end hand bags and purses, got a little bit of free publicity the company published photographs of Academy Award nominated actress Amy Adams stepping out carrying on their hand bags.

The company sent off a promotional e-mail using two pictures taken by paparazzi of the attractive starlet. However, it turns out that the pictures were of Adams stepping out of a vehicle to attend the wake for the late actor Phillip Seymour Hoffman who had died days before from a drug overdose. Hoffman's death revealed his ongoing struggle to overcome opiates. Now, Valentino has apologized for the e-mail ad given it was done in poor taste.

In their apology, Valentino was clear that Ms. Adams was not a part of the advertisement. Had she been part of it it would certainly have reflected poorly upon her judgment and character.

The NY Post was the periodical to break the story about the Amy Adams-Valentino flap by running a front page story on the Saturday Edition with an ignominious take on the noun "red carpet" calling the incident "Dead Carpet".

For her part, Adams was disgusted by the PR stunt. She was friends with Hoffman after starring together in the 2008 film "Doubt".

On The Web:
Valentino apologizes for insensitive PR release about Amy Adams' handbag as she attended Philip Seymour Hoffman's wake
Follow us: @MailOnline on Twitter | DailyMail on Facebook
http://www.dailymail.co.uk/news/article-2554995/Valentino-apologizes-insensitive-PR-release-Amy-Adams-handbag-attended-Philip-Seymour-Hoffmans-wake.html

I’m A Celeb jailbirds mow down on cockroach

Awkward! David West Tries To Get His Son Brett A Date Online