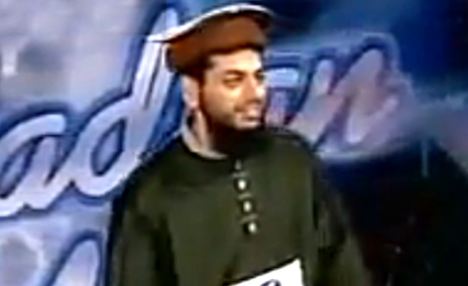 Dr Khurram Syed Sher appeared on the TV reality show 'Canadian Idol' in 2008[/caption]Ottawa, Canada - The trial of suspected terrorist Dr. Khurram Syed Sher has begun here in the nation’s capital. Dr. Sher had once been a contestant for the Canadian Idol reality TV show. He is now accused of planning a terrorist attack in city along with two others conspirators. Their trial will begin in April.

For Dr. Sher, who has three children, his trial is the result of an 11-month sting operation. He worked at St. Thomas Elgin General Hospital in the greater Toronto area as a pathologist when he was arrested on a single-count of conspiring to facilitate a terrorist activity.

Thus far, the type of terrorist activity he is accused of plotting hasn't been made public, but authorities will reveal those details at the beginning of the trial. He will be tried before a judge only and the names of the co-conspirators will not be revealed until their trials are underway. The government had sought to conduct a closed trial to prevent evidence from being made public. They argued that the same evidence will be used to try to co-conspirators and making the information available to the public would bias jurors. Ultimately, the judge disagreed and allowed the trial to be open.