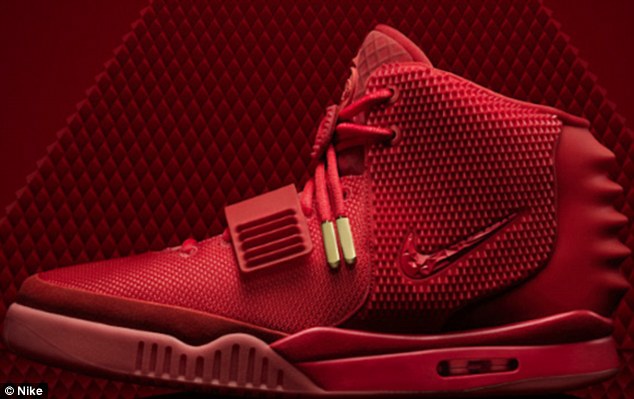 Sneaker fans had waited for the release of the Nike Air Yeezy 2 - designed by Kanye West - since they were seen on Instagram last May. On Sunday there surprisingly released online and sold out in 11 minutes flat [/caption]Kanye's Wests Nike Design Sells for $16.0 Million

Rapper Kanye West ended his collaboration with shoe brand Nike months ago. Recently, Nike unveiled one final design from the artist, dubbed the Air Yeezy 2 or "Red October" sneakers. Unsurprisingly, the limited supplies of these shoes sold out within minutes. Individuals lucky enough to purchase them soon posted their shoes on eBay, an online auction site. What happened next might surprise people a little, though.

Nike's often sell for $100 or more because no brand is trusted more for footwear. However, one pair of Air Yeezy 2 sold for $16.0 million on eBay. A $250 shoe quickly led one person to profit millions of dollars. Other pairs of the shoes sold for far less through online auction sites. Still, each buyer wound up making a more than decent profit on these shoes, which are nothing special according to most eyes.

West is the same rapper that recently sold plain white t-shirts for $120 each, though. It should come as no surprise that his fans will pay large amounts of money for his designs. The Air Yeezy 2 looks like nothing special, but people found it great enough to pay millions of dollars for a pair. Currently, West is working with Adidas on footwear designs.

ON The Web:
Sold out Kanye West sneakers
http://www.thedailybeast.com/articles/2014/02/10/kanye-west-s-16-million-sneakers-coco-rocha-wants-more-diverse-models.html