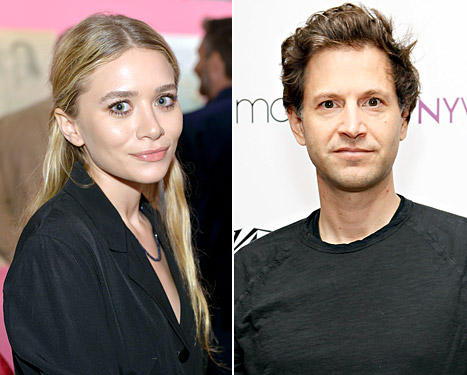 Actress turned fashion designer Ashley Olsen has a new boyfriend and in keeping with the tradition she and her twin sister have, the man is much older than herself. The 27-year-old Olsen still looks very much like a teenager with her slender figure, youthful looks, and petite 5'1" body. According to insiders, her latest beau is Hollywood director Bennett Miller, age 47. Miller directed the box office hit Moneyball starring Brad Pitt which took in $110 million on a budget of $50 million. Previously, Miller had directed the critically acclaimed film "Capote" which made $49 million on a $7 million budget. The film featured the late Phillip Seymour Hoffman. Miller and Hoffman remained friends ever since.

It is reported that Miller and Olsen attend Hoffman's funeral and have been a support to one another in the days following the late actor's tragic death from a opiate overdose. In fact, she's been chilling with Miller while he is working on his latest film in Los Angeles called "Foxcatcher". The film will star Steve Carell, Channing Tatum, and Mark Ruffalo. Olsen only recently broker up with wealthy businessman David Schulte who was in his 40s. The twins have a real thing for older men.