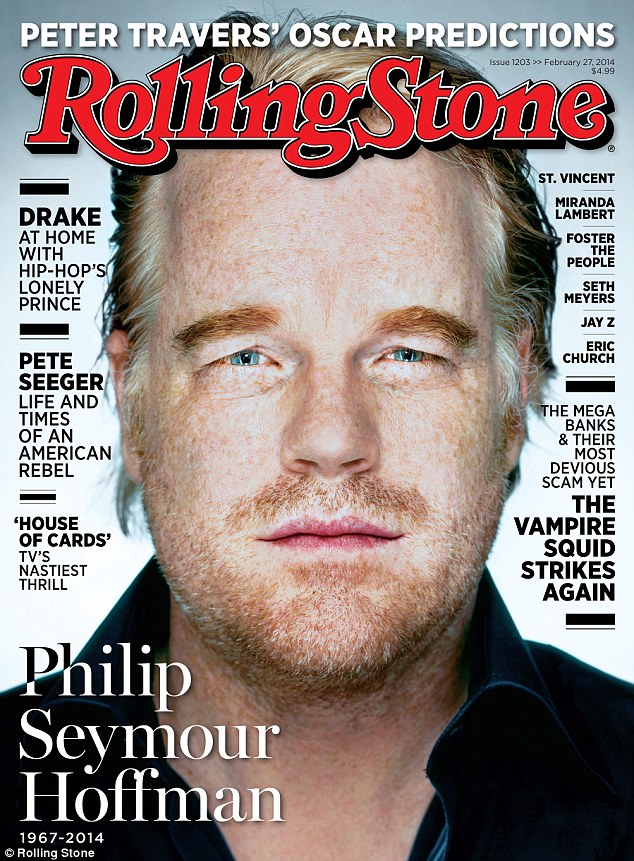 Churlish: You'd have to be hard -hearted to be against Hoffman's memorial cover [/caption]Rapper Drake Laments Evil Media in Hoffman Flap

Native Canadian Aubrey Drake Graham better known as the rapper "Drake" has had it with the media. He believes the media distorted his comments and framed them as the rants of a petulant young man put off by the "diss" of not making the cover of Rolling Stone Magazine. At issue is that Drake was going to appear on the cover of the upcoming issue of the Magazine, which magazine still has the ability to give an entertainer a positive bump in their career.

However, the recently death of actor Phillip Seymour Hoffman from an opiate overdose prompted editors to feature the late actor on the cover instead of Drake. If he didn't mean to sound superficial, shallow, and narcissistic, he really needs to have someone proofread his tweets.

The words certainly sounded as if he was complaining about not making the cover of the magazine. He also added the words "all respect to due" in reference to Hoffman. What does that exactly mean? The actor died an ignominious death. Hoffman's opiate addiction spiraled out of control. He was said to have look horrible by the last person to see him alive. He was found lying dead on the floor with the drug needle still sticking out of his arm. Drake, the young entertainer from Toronto, really stepped in proverbial excrement big time.

Pipe down, son: Drake sounded disrespectful for complaining about the change
[/caption]