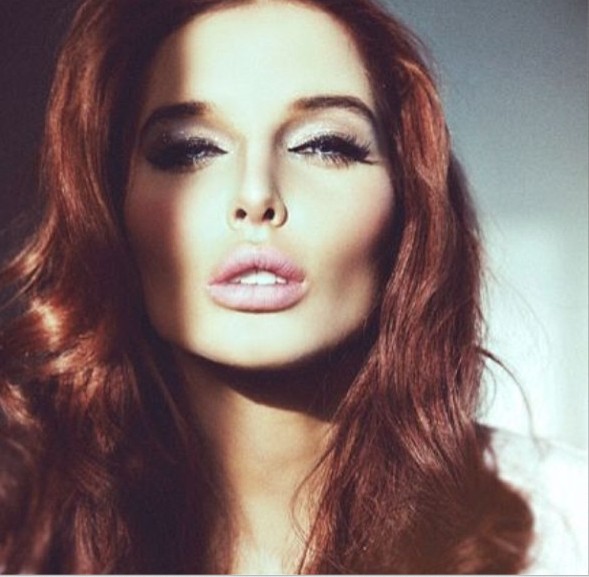 It appears that blondes don't have more fun these days. Helen Flanagan, the former star of Coronation Street, who was well-known for her blonde locks has surprised the media by updating her look.

Most recently she was spotted on a shopping trip sporting auburn locks. Flanagan had also experimented with a bright shade of red hair color as well, but she has seemed to have settled on auburn for the time being.

The media also caught a glimpse of her new hair color when she posted a photo on Instagram. She was then immediately dubbed, by several sources as the real life Jessica Rabbit. Flanagan was quoted on her Instagram saying: "I look slightly evil, defo think red suits my personality." As if this stunner needed a change to draw attention to herself.

After she posted her Instagram selfie, Twitter was immediately inundated with tweets from people who only had nice things to say regarding this drastc change to her look. One fan even posted a photo of Ariel from the cartoon The Little Mermaid and called the comparison of Flanagan to the mermaid uncanny, to which Flanagan then replied to the fan: 'aw so cute, that's the aim'.

check out Helen's new do below.