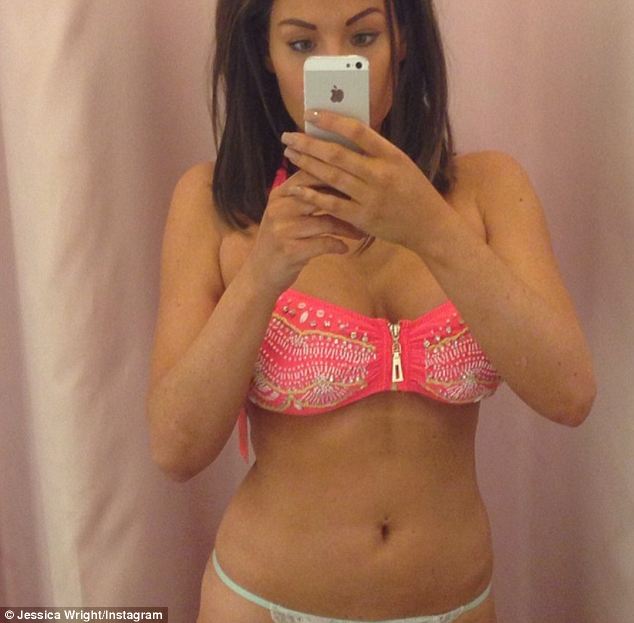 Reality star Jessica Wright of TOWIE fame has a bikini body and now has the selfies to prove it to the world. She sent along some very tasteful boobie shots via Instagram on Twitter clearly showing a bikini body for the ages. Wright wore a teeny weenie little pink embellished coral bikini top that framed her new babies beautifully.

Wright, 28, very publicly got her new set of boobs while making the second series of "The Only Way is Essex," or TOWIE, one of England's top reality shows. She had moaned about not being able to wear backless and low-cut dresses without a bra with her old boobs. She got the boob job in 2011 going to a 32DD from a 32C.

Along with the new boobs, Wright has been showing off her bikini body a lot in early February. She posted on Twitter some bikini photos of her walking around Essex. Besides a rocking hot white bikini, she had a blow-dried Lucy Meck hairstyle, lots of makeup, and bright red manicure.

Following her big bra and undies selfie, Wright posted a Twitter update that she was looking forward to getting back in the gym, toning up, and getting fit.

Related Topics:jessica wright
Up Next