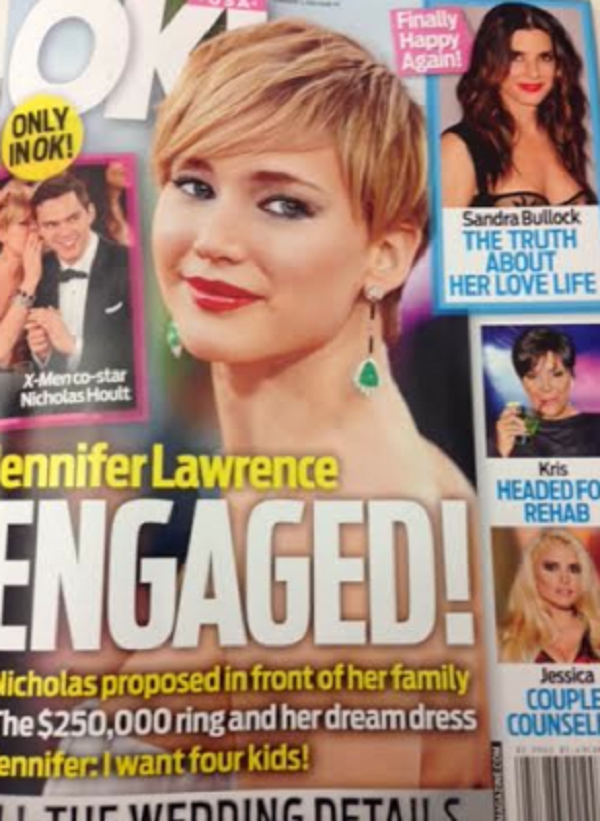 Jennifer Lawrence and Nicholas Hoult have lambasted OK! Magazine for spreading the false rumor that the couple is engaged to be married. The gossip magazine has admitted that they jumped the gun when it came to reporting that the celebrity couple had agreed to wed and has apologized to Lawrence and Hoult for not getting the facts straight.

Representatives for the pair characterized the journalistic tactics used by the magazine as being nothing short of "reckless", going so far as to describe how Hoult proposed to Lawrence in her native Kentucky, but without ever checking with the couple's press agents to see if any of their story was in the least bit true.

OK! Magazine erroneously reported that the engagement took place over the Christmas holidays in the U.S. when Lawrence was actually spending the holidays with his own family in England, miles away from the alleged scene of the marriage proposal. Lawrence and Hoult first became a couple after meeting in 2010 on the set of "X Men", but broke up three years later, claiming that they had different goals. But they now seem to be a couple again, just not ready yet to walk down the aisle.