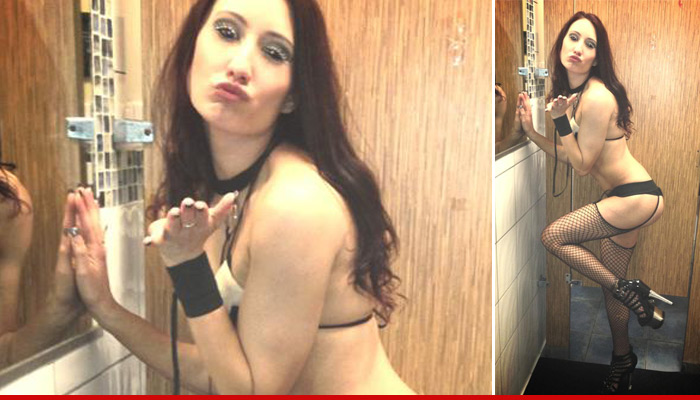 A 23-year old stripper at the Spearmint Rhino Club in Santa Barbara has lost her job as a result of having publicly released the photos she took with singer Katy Perry. Perry and boyfriend John Mayer visited the popular strip club on Super Bowl Sunday.

The stripper, whose stage names is Cassidy, was one of several club performers who excitedly posed for pictures with the personable Perry. But when executives from the Spearmint Rhino organization found out that the stripper had leaked the photos, a corporate representative was dispatched to the Santa Barbara club immediately to hand Cassidy her walking papers.

Company officials publicly fired Cassidy in front of her fellow strippers in order to make everyone aware that the company takes the "no cameras" policy very seriously. Cassidy, who is a single mother, broke the cardinal rule by taking photographs that revealed the identify of a club guest and then made them public, which is strictly against Spearmint Rhino Club policy in order to protect the privacy of the clients who patronize the strip club.

There has been no word from either Perry or Mayer if they were aware that their being photographed led to Cassidy's job termination.

Related Topics:Katy Perry
Up Next