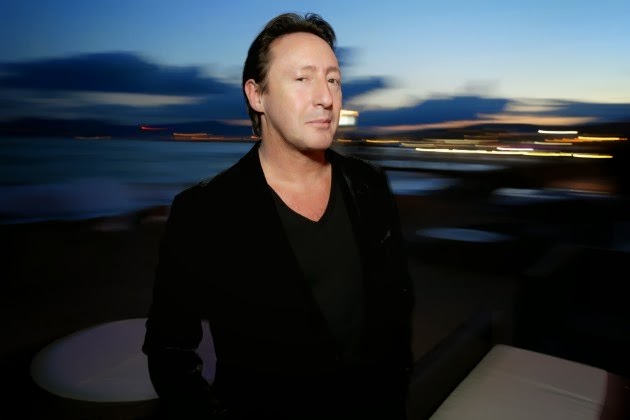 The Beatle all-star Grammys tribute concert to commemorate the Fab Four's iconic Ed Sullivan visit 50 years ago this month was missing one important participant. Even as Sir Paul McCartney and Ringo Starr rocked out at the televised extravaganza with Sean Lennon and Yoko Ono in the audience, along with Olivia and Dhani Harrison, Julian Lennon, John and Yoko's older son, was nowhere to be found. Julian refused to participate calling the event celebrity karaoke.

Lennon said the last thing he wanted to do was sit in the audience, clap his hands, and be shown to millions of TV viewers approving of a Beatles karaoke concert. In fact, Lennon wasn't even on the same continent. He was on Africa on a charity outing on behalf of the White Feather Foundation. However, he said he wouldn't have attended even if he had been nearby.

Believing in the originals only, Lennon said he preferred to spend the anniversary of the Beatles New York debut in appreciation and reflection rather than in pomp and circumstance. He said his work on behalf of Millenium Villages in Africa was particularly important as he tried to bring clean, potable water to more parts of that continent.