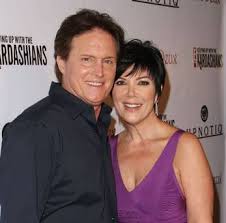 There have been numerous changes to Olympic athlete Bruce Jenner's appearance lately, including rumours he plans on leaving the highly popular "Keeping Up With the Kardashians" reality series that showcases his family life. Although the 64-year old Jenner, a sports enthusiast and motivational speaker, has not responded directly to the rumors, his estranged spouse, Kris Jenner, denies there is any truth to the rumors that he wants his freedom from the show.

Kris Jenner reports that he has been part of the filming for the show's most recent ninth season and only took a break to travel back east for a speaking engagement. Bruce and Kris announced last fall that they have separated and are living in different houses, fueling further speculation that this might be the right time for Bruce Jenner to divorce himself from the Kardashian clan as well.

"We are living separately and we are much happier this way," the couple said in their separation announcement. "But we will always have much love and respect for each other. Even though we are separated, we will always remain best friends and, as always, our family will remain our number one priority."

The pair has been married for more than 20 years and almost half of that time their lives have been a public spectacle on the reality series that covers the comings and goings of Kris Jenner's celebrity daughters from her marriage to attorney Robert Kardashian.

Filed Under Adorable! Kelly Clarkson Puppy Is Too Cute