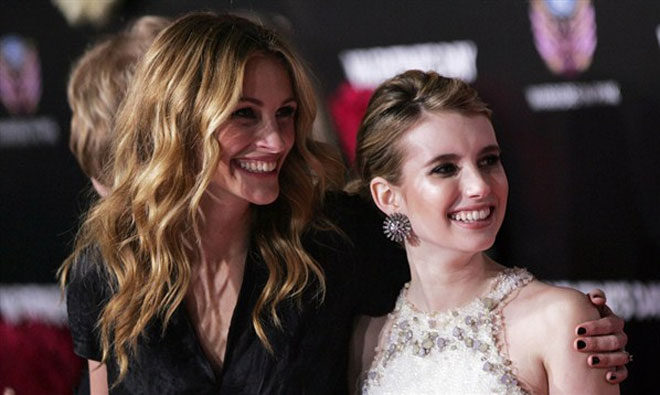 The death of a family member is rarely easy to bear especially when it is tragic it was in the case of actress Julia Roberts’ half-sister Nancy Motes. Ms. Motes was engaged to be married, but was reported to have struggled with a drug abuse problem. Roberts had been trying to stage an intervention on her sister's behalf in recent years and is reported to have stepped up her efforts over the past six months. However, it was to no avail as Ms. Motes was found dead of an apparent drug overdose last week.

Now, Julia Robert's mother, Betty Lou Motes, has been hospitalized following her daughter's suicide. The Motes family lawyer confirmed the matriarch was being treated at a hospital, but did not offer any details as to the nature of the hospitalization. A friend of the fiancé has made the accusation that Julia Roberts and the Motes family is now trying to mask details of the suicide to avoid disparaging Roberts, who has been nominated for another Academy Award for Best Actress. The "friend", a man by the name of John Fraschetti, said that Roberts and her mother became estranged to Nancy six months prior to her death and that the emotional pain proved too much for her to bear.

On The Web:
Julia Roberts' mom 'in hospital after suicide of Oscar winner's half-sister' amid claims of bitter family feud
http://www.dailymail.co.uk/news/article-2559759/Julia-Roberts-mom-hospital-suicide-stars-half-sister-amid-claims-cut-never-cared-her.html