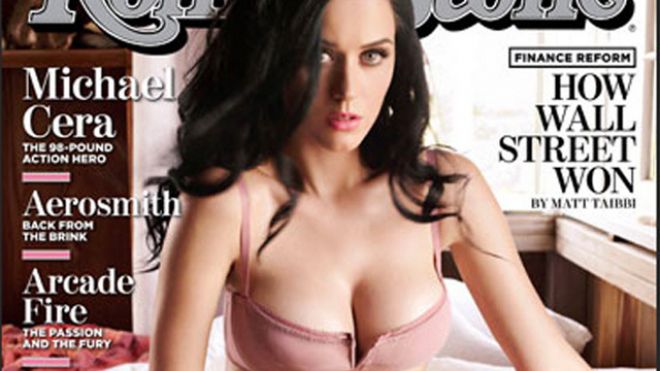 Milan, Italy - Perhaps singer Katy Perry, age 29, was too sexy for the catwalk or maybe it had to do with her poor etiquette in showing up 50 minutes late for a Milan Fashion Week event, but members of the audience did not take kindly to having sat idly in their seats for nearly an hour. Perry arrived wearing full Moschino attire designed by her friend Jeremy Scott. The outfit included a black dress with gold trimming, matching coat, handbag, and hair clip.

Perhaps the entertainer from Santa Barbara thought it would please to crowd to pose at the end of catwalk for a photo op, but some in the audience began voicing their displeasure with the entertainer. However, Perry understood she was clearly in the wrong by arriving late and dealt with the angry patrons by displaying her elegance and grace when she put her right hand on her hip, tilted forward, and told a heckler to shut up modifying the action with an adverb that rhymes with "duck". Yeah, it was real classy. It appeared that she was going to stay on the catwalk and push back on the hecklers when she was escorted off the catwalk to her front row seat.