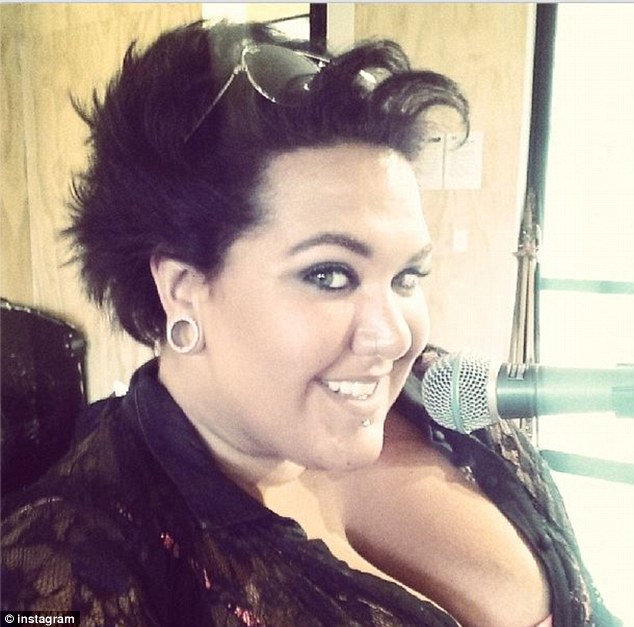 Inside my heartache: Former Australian Idol winner Casey Donovan reveals her a six-year long love affair and engagement was a hoax in her upcoming autobiography [/caption]

Casey Donovan was only 16-years-old when she won Australian Idol back in 2004. She was the underdog who had impressive vocals, but was not considered by judges as sufficiently talented to beat the odds-on favorite Anthony Callea.

Following her victory, she released her first album which went on to be certified triple platinum and a star was born. However, what many did not know is that the impressionable teenager was hungry for love and got ensnared in a manipulative hoax by a female stalker by the name of "Olga".

The stalker perv posed as a trusted friend of an admirer who worked as an IT professional. Donovan was fascinated by such a man taking interest in her and spoke with him exclusively by phone over the next six years. By her own admission, they would speak for hours on end despite never being able to meet due to his busy schedule. However, Olga was always around to comfort and encourage her romantic relationship with the man. Donovan confessed that she once engaged in female sex with Olga to please her faux lover.

“All I felt was dirty … uneasy and used. I was so ashamed of the person I had become, always considering Campbell in everything I did,” Donovan writes of the increasingly strange relationship in her book.

In the end, she discovered the hoax and made Olga confess.

After the split, Donovan finally told the whole strange story to her manager Jason Williamson, who immediately twigged that Olga and Campbell were one and the same person. Confronted, Olga soon admitted there was no Campbell.

“At first she tried to defend herself, but once there was silence she started to cave in and her true colours began to show.

“In the end, Olga did confess that she was Campbell. I finally heard it from the devil’s mouth. But she never came close to explaining why she did it. I still don’t have that explanation.”

“I spent six years of my life loving someone who never really existed, being ‘supported’ by a best friend who was deceiving me from the beginning, pulling all the strings. I know everyone gets their heart ripped out every now and again but that … That just took the cake for me!”

Donovan claims she fell prey due to her own lack of self-worth. Casey’s boyfriend ‘Campbell’ would never meet with her in person. Source: Supplied
[/caption]

Related Topics:Casey Donovan affair was a hoax
Up Next