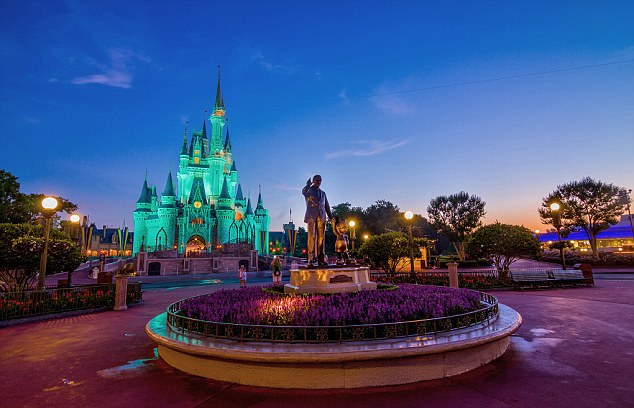 Better start saving: The price of a one-day ticket to Walt Disney World's Magic Kingdom is now $99. That's a $4 increase from the previous price hike announced in June 2013. The price hike went into effect Sunday [/caption]The Price For Fun At Disneyland Continues To Rise

For the second time in 8 months, Disneyland is raising its prices. The popular theme park is internationally known as THE destination for family fun. Its history is well-known and its name is synonymous with fun. Unfortunately for potential visitors, the price on that fun is getting steeper by the second.

In 2013, Disneyland prices were raised from $87 to $95. The response from fans of the popular theme park was predictable: Outrage. Disneyland responded to the outrage by standing firm in the price hike and now 8 months later, they're doing it again. All visitors over the age of 10 now face a $99 charge for a day of fun at Walt Disneyland World Resort.

Walt Disney World spokesperson Kim Purty responded to the critics by saying "Our pricing reflects the high quality and breadth of experiences we offer and our ongoing commitment to investing in our parks," This is just one of the reasons given for the price hike. Others speculate that because attendance is going up, so are prices. Blame it on good old supply and demand. Fans of the theme park are clamoring to get through the gates and the company knows that those people are willing to pay those prices. Even with the 2013 admission price hike, attendance continued to rise for Disneyland.

Only time will tell what will happen after this increase but for now, Disneyland doesn't show any signs of declining sales as a result of the price raise. Customers are now adjusting to the new price.

According to Yahoo Finance, Disney's theme parks took in $14.1 billion in the fiscal year ending September 2013. That's 31% of the company's total top line number. Park revenues have grown 9% or more annually over the past three years. However, Busch warns that that there's a limit to what Disney World can charge, in part because of competition from the nearby Universal Studios Theme Park owned by CNBC's parent company, Comcast.

"Disney is going to increase their revenues for the second-quarter," says Busch, "which is mainly when we're going to see the snowbirds go down there especially for spring break. But, they run the risk of eating into their earnings down the road as people will go to alternative solutions to a very expensive Disney. "

"This is a stock you must own," says Ross, who notes that over the last six months, Disney has 30% return has trounced the benchmark S&P 500's 11%. He sees the stock as moving in a well-defined uptrend channel which recently shot up after breaking out of its January "flag" pattern and test of its technically-significant 100-day moving average. The stock is currently near its record high of $81.59 per share.

"I don't want to chase this stock in here too aggressively," says Ross. "Wait for a pullback because… you get these mini-countertrend pullbacks within the context of a much bigger beautiful bull market trend."

"History has shown us that you do get your chances in Disney," says Ross, "but those chances are few and far between and they're very sharp and sudden. So, you want to be a buyer on any weakness of this stock.