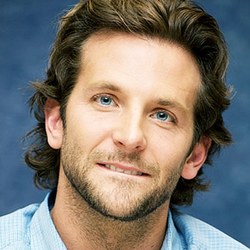 While most people would not thing a swinging A-list Hollywood star would be caught dead living with his mother Bradley Cooper is doing just that. When asked by Ellen Degeneres about his living situation on her daytime television show he emphatically stated that no, he does not live with his mother...she lives with him!

All jokes aside Cooper's mother moved in with him after the untimely passing of his father, Charles Cooper passed away last year due to lung cancer. Since then his mother Gloria Cooper has lived with him in his sprawling Los Angeles home. His sister is also a frequent visitor to the home.

While sweet the arrangement is not necessarily perfect. Since meeting model Suki Waterhouse and dating for the past year there have been a few disagreements. Reportedly Cooper faced a dilemma regarding who he would take to the Oscars. All actors who are nominated are only allowed to bring one other person and Cooper typically takes his Mom although there was speculation that maybe this year he would end up taking Suki Waterhouse. In the end Mom won out and is accompanying her son to see if he will win the Oscar for Best Actor in a supporting role.

On The Web:
Bradley Cooper living with mom "There's no other choice
http://oscars.hellomagazine.com/oscars-2014/201402281495/bradley-cooper-michael-fassbender-oscar-dates/