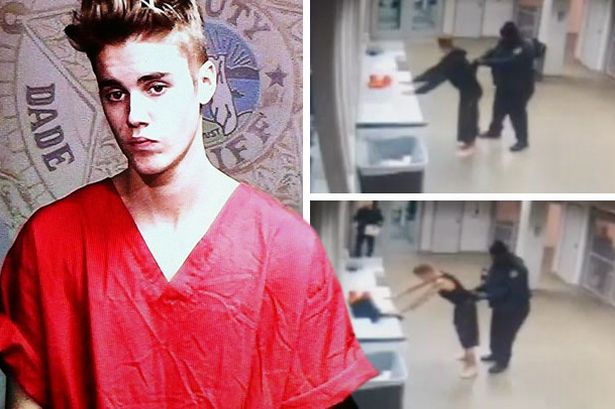 While providing a urine sample during his arrest in Miami on January 23, 2014 for drag racing with an expired license under intoxication and non-violently resisting arrest, then 19-year-old Canadian singer Justin Bieber provided a urine sample for police without realizing that his genitalia were recorded by security cameras.

Under Florida's public record laws, the footage almost became publicly disseminated when several new outlets requested the videos. Approximately 10 hours of police video from that night has been released to the public since.

As the recordings are relevant, Florida's Miami-Dade County Judge William Altfield on Tuesday approved their release as a matter of public record if two clips are edited to black out any appearances made by Bieber's genitalia. Judge Altfield emphasized that the singer had the right to privacy even in this situation.

Justin Bieber's urine tests revealed that he had prescription Xanax anxiety medicine, marijuana and alcohol levels below the legal underage driver limit in his body at the time of the arrest.

His attorney told the media on Tuesday that the young star is satisfied with Judge Altfield's ruling.

It's currently unknown how long it will take to edit and release the footage.