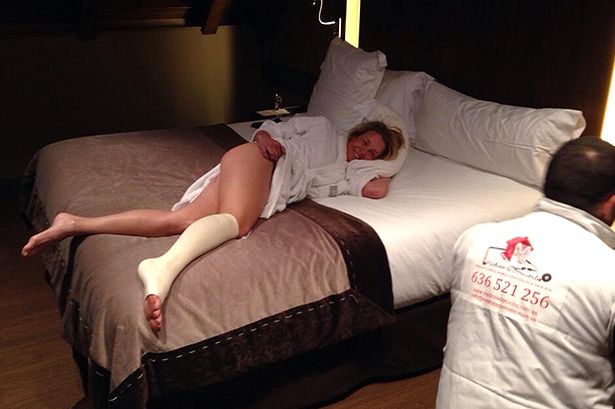 Alex Rodriguez already knows that he doesn't have a ton of people supporting him these days. The villiafied New York Yankees slugger has lost most of his fan base due to the allegations of PED use and his year long ban from Major League Baseball. The fact that he has made over 300 million dollars during a career that is now covered with the grey cloud of steroid and drug use is just icing on the cake solidifying his bad reputation.

Television host Chelsea Handler is one person who hasn't been afraid to speak out against A-Rod. This week on the Howard Stern Show Handler shared a story about the embattled former all star player. The comedian claimed that Rodriguez had approached her at an event recently to ask her why she always told jokes about him in her stage act and on her Comedy Central show. As per her reputation Handler didn't sugar coat her response. She told the slugger that he was "gross" and told her to get away from her. She said that he protested and asked why she had those thoughts. Handler then used a few choice expletives to let the slugger know for sure that she wasn't kidding.

Handler may be unaware of this but she more than likely has won a few fans in Boston with that story.