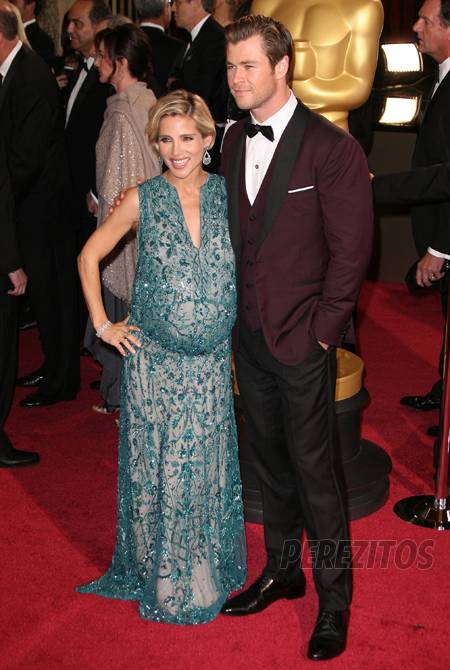 Hollywood, California - Fashion police are having a field day with Elsa Pataky's choice of fashion being subpar. However, they also began pushing the envelope when they suggested that her baby bump resembles a beer belly.

Ouch! Yes, it is true that the 5'3" Spanish beauty does have a very large protruding baby bump, but they would be well-advised to remember that her husband is 6'3" Chris "Thor" Hemsworth. It is very unlikely that fashion expert George Kotsiopoulos would be so brazen as to say that in front her husband lest Hemsworth reach out and grab hold of him. Kotsiopoulos may have forgotten that the petite actress is carrying twins and that would add a bit more girth to any woman. Some things are better left unsaid. As for the Elie Saab dress that Pataky wore to the Oscars, well, it truly did sag on her. However, the model-actress from Madrid is at that point in her pregnancy (the final trimester) when there really isn't anything that will fit a woman that isn't baggy.

Kotsiopoulos contrasted Pataky with Olivia Wilde, who isn't carrying twins, and said that her baby bump is as beautiful as is her choice of fashion.