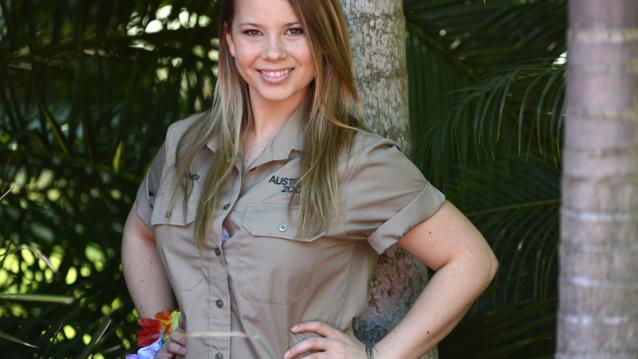 It appears that 15-year-old Bindi Irwin, daughter of the late Steve Irwin, has crossed the limits of public sympathy she enjoyed only weeks ago. The limit is supporting Sea World. At a time when celebrity after celebrity has cowered in the face of criticism from animal rights groups following the documentary Blackfish and withdrawn their support of the popular venue, Bindi Irwin has announced a new partnership. Irwin will be the face of an initiative Sea World has launched called "Generation Nature" which encourages young people to support the care of wildlife and their natural habitats.

"I'm so excited to be carrying on in Dad's footsteps and making sure that everything he worked so hard for continues for the generations to come," Bindi said on the program. Now, animal rights activist have started a petition to criticize her into withdrawing her support. Such criticism may have made towering figures like country singer Trace Adkins scramble for the tall grass where he was able to huddle up with fellow cowards Pat Benatar, Cheap Trick, Willie Nelson, and Bare Naked Ladies, but it appears that this youngster has convictions that go beyond any self-interest or fear of criticism. She loved her father and supports the causes he did. Now PETA is denouncing the Irwin family for their "exploitation of animals". Apparently, supporting wildlife efforts is only in vogue if approved of by left wing activist groups. Looks like Bind didn’t get the memo.

On The Web:
Bindi Irwin Backlash: PETA Slams 15-Year-Old's Partnership With SeaWorld
http://www.eonline.com/news/518576/bindi-irwin-backlash-peta-slams-15-year-old-s-partnership-with-seaworld
Bindi Irwin under fire for teaming up with Seaworld
http://www.upi.com/Entertainment_News/2014/03/07/Bindi-Irwin-under-fire-for-teaming-up-with-Seaworld/3741394192313/

Related Topics:Bindi Irwin SeaWorld
Up Next