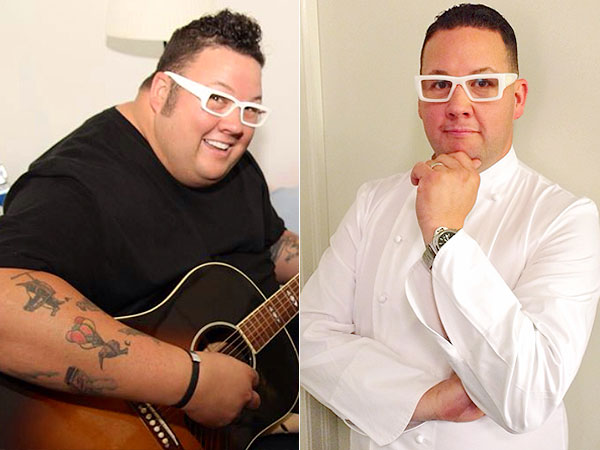 We always hear that the heavier a chef is the better cook they are - but we also all know that being too heavy can lead to serious problems. It's always great to see celebrities bring their weight under control, and the latest celebrity to undergo an incredible transformation when it comes to their weight is none other than Graham Elliot.

Elliot is a very highly praised chef, but is perhaps most well known to the public as a judge on the television show MasterChef. Before losing the weight, Elliot almost weighed 400 pounds. Now, he only weighs 253 pounds. The chef not only gives the credit to the surgery he received, but also to the serious lifestyle changes that it encouraged in him.

"I'm more assertive but in a positive way," Elliot said. "I'm still the comedian, but in meetings I'm a little more in command and not afraid that if I say something wrong, someone is going to call me fat. And really that's what has taken control of my life since high school." Elliot claims that he can now run a whopping 5 miles, works out just about every other day, and has limited himself to healthy snack foods while filming the show that he is so well known for. Like so many people that lose weight, Elliot seems like a man who is finally able to just enjoy life on a level that he never thought possible, especially when it comes to his wife and three kids.

Related Topics:graham elliot 150 pounds
Up Next