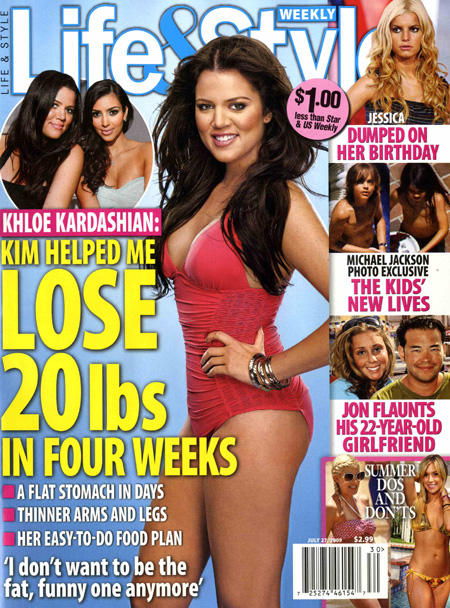 Khloe Kardashian Denies Abrupt End of Aussie Interview
Los Angeles, California - Khloe Kardashian is launching a new line of fashion apparel that includes wardrobe for toddlers. She was interviewed at a local station with a live Satellite feed before an Australian audience for the popular Seven Network morning program called "Sunrise". During the interview, she was asked a question about Kanye West and Kim Kardashian's child at which time the interview terminated.

Producers at Australia’s second most widely watched morning program believed that some kind of technical problem accounted for the abrupt end to the conversation. However, a rumor spread from someone at the studio that Kardashian had ended the conversation. It would make for a great story: diva cancels interview over baby question. It's not as if Khloe doesn't get enough press as it is, but to get in a huff over losing a bit of the spotlight to her sister’s child would be a story.

Kardashian denies that it had anything to do with her nephew North. She says the interview got disconnected due to technical problems. If her demeanor during the interview is any indication of the truth, she's correct. She seemed very much at ease talking about her nephew and whether he inspired the clothing line. She's accused "Sunrise" of looking for drama where there isn't any.