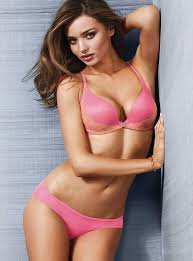 >Miranda Kerr has long been known as a healthy individual. The former Victoria's Secret model and ex-wife of Orlando Bloom makes no secret of her devotion to fitness. According to an article recently published by The Christian Post, Kerr has recently discovered a most unexpected new workout partner.

Even though Kerr has been divorced from Orlando Bloom for quite some time now, the two continue to be the proud co-parents of their son Flynn, who is now at the ripe old age of three years old. And it is Flynn who Miranda reveals is her favorite new workout partner!

Kerr had this to say on the subject: "The other day he was like, 'Mama, I want to make a smoothie.' He wanted to make his own smoothie, and then he said, 'This one's for you. It's full of antioxidants. He's three years old, how does he know that? He obviously heard me talking."

Kerr's obsession with health and fitness has obviously rubbed off on her impressionable little one. Although there are no plans as yet for Flynn to join his mother in any video shoots, the general public is beginning to get the feeling that he may just show up in some of Kerr's upcoming projects.

As many people will be aware, Miranda Kerr is one of the celebrities who seems most enamored of the popular social media site, Instagram. Even after her divorce from Orlando Bloom (the couple shared a joint account on that site, which Kerr seems to have taken over for her own solo usage), the former model often uploads photos of herself and Flynn.

A list of Kerr's recent modeling projects includes such heavy hitters as Clear Haircare and Reebok, among several others. It seems that Flynn's mama won't be out of work any time soon.

Related Topics:miranda kerr work out buddy
Up Next