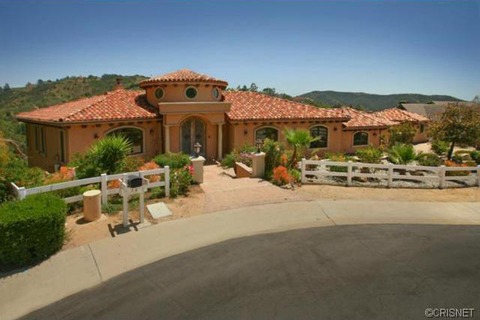 Word just came out that Justin Bieber’s mother (Pattie Lynn Mallette) owns a secret house in Los Angeles and she is now facing legal issues regarding this residence. She has rented the 2900 sq. foot house since 2012 for $8,000 a month. She decided to take it upon herself to hire a company to complete renovations for her without first seeking permission from her landlord. On top of not seeking her landlord’s approval, she didn’t pay the company after they completed the home improvements.

Justin Bieber supposedly pays his mom’s monthly rent on top of his new mansion located in Atlanta that he is renting from record producer Dallas Austin, to escape the L.A. drama. Moving vans were recently spotted outside of Bieber’s mansion in Calabasas. Bieber and Pattie did a great job at hiding Pattie’s secret home in Los Angeles until she faced legal drama. They definitely stayed quiet about the house before the legal issues arose.

Justin Bieber’s mom is facing legal troubles because she allegedly did not pay the business after they finished the renovations for her. These renovations mainly included improvements to her home gym. The company that she hired filed a lien against the home for over $3,000, thus, making her landlord furious. She reportedly had not paid the bill after the work was done because she felt it was too expensive.

Despite the fact that Justin Bieber’s mom made multiple home improvements without first consulting her landlord, Pattie has since solved the legal problem by settling with the company for an amount over $2,500. Her landlord is reportedly still upset with her for renovating the home without permission.