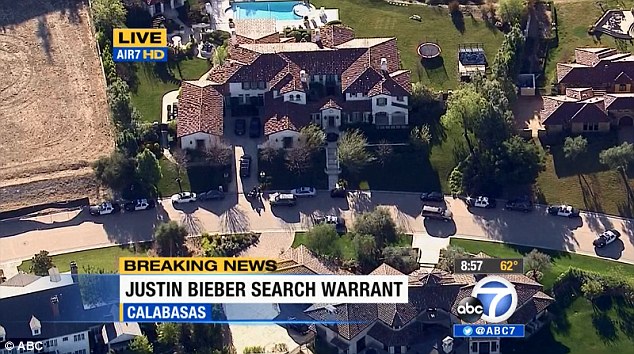 Calabasas, California - Not so fast, Rodriguez! Justin Bieber may have already literally sworn off California using the expletives which from his vernacular no doubt, but the sale of his home will fall through in the coming week if he does not settle a lien on the property. Apparently, the riotous living that accompanies the young man and his group of enablers took a toll on the property and required repairs. The repairs were part of making the home attractive to buyers.

However, Bieber never paid the $85,000 tab he owes with the company that did the residential rehab work. The company wisely put a lien on the property and now the sale of the $7.2 million mansion to socialite Khloe Kardashian cannot close until the bill is paid. Doubtless, the Biebs as he is known by fans won't be too happy to hear that. He has already relocated to Atlanta, Georgia, to make a fresh start. He's been in the city since January and things appear to be going fine. While there's no word yet on whether he'll pay the $85,000 bill, it would be silly of him not to settle it. As for as his relocation to Georgia goes, he would be wise to temper his behavior. Georgia isn't known to coddle celebrities as singer Bobby Brown and other celebrities have learned the hard way.