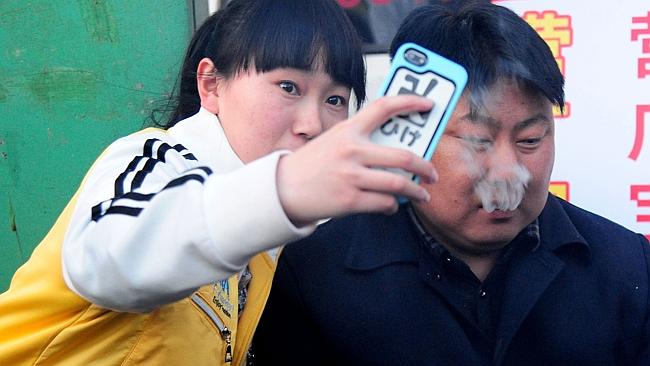 Many twist their faces at the sight of North Korean dictator Kim Jong-un, the portly successor of Kim Jong-il, who has taken the reins of his father's much loathed and highly contested leadership. Photos of Jong-un conjure up images of totalitarianism, a terrifying lineage that spans generations, and street-side kebab making?

Yes, it does seem that the man has taken up serving meats on a stick to hungry citizens and the like. But, could it be that the photos swirling around belie something else, something most short-term onlookers would never notice? Indeed, the photos are not of Kim Jong-un at all but, of a Chinese street vendor named Manchu Tuan. Tuan not only sports the same round face as Jong-un but, nearly the same hair cut, with both men having their hair cropped on each side.

As stated earlier, Tuan is a Chinese street vendor, who lives and works in a Chinese city in the Northeast called Shenyang. Brushing such a difference aside, this has not stopped him from reaping a few benefits from being a near doppelganger of Kim Jong-un. Tuan has stated to the press that he has actually had to hire a second worker to take over his business of cooking kebabs while the cameras flash.

The irony of such exposure is that Manchu Tuan, a working man whose life could be, at times, filled with hardships, has gained a reprieve from the oppressive nature of everyday normal life through the infamy of a totalitarian dictator, just because they happen to resemble one another.

David Guetta and wife Cathy divorce after 22 years of marriage