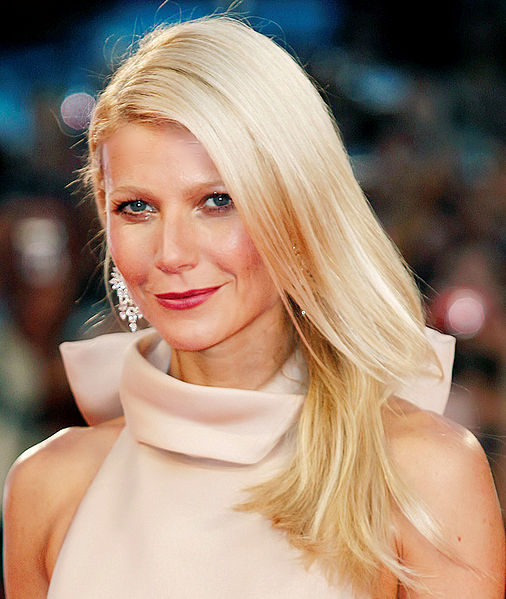 Newly-single Gwyneth wants to Party All The Time[/caption]Gwyneth Paltrow Constantly Partying After Split from Husband of 11 Years?

Say it ain't so? Has the perpetual beauty and epitome of grace named Gwyneth Paltrow drunk out of the same batch of poison that sent Lindsey Lohan and Amanda Bynes on endless parties and eventual crashes? According to some, the 41-year-old Academy Award winning actress is doing just that since separating from Chris Martin, her husband of ten years. Or perhaps they were just confusing the co-star of the successful "Iron Man" franchise with her Glee character Holly Holliday, a high school teacher. Over the past five years, Paltrow has made five appearances on the show.

In her most recent appearance, she performed a rendition of the old 1985 Eddie Murphy tune called "Party All the Time". Yes, Eddie Murphy can sing and the tune hit #2 nearly 30 years ago. Paltrow's version was more of a sing-a-long. It starts with her in cowgirl clothes leaving the classroom and being followed by students eager to party with her. Who wouldn't want to follow a beautiful teacher and party during school hours? Paltrow ends up getting "jiggy" with a male hunk, and enjoying a stripper pole.

As for her separation from Chris Martin, she issued the following serene statement that the two have concluded to both "consciously uncouple and coparent". Some may criticize her for leaving her husband, but no one can ever know what goes on in a marriage and each partner's heart. One thing is certain, she is holding fast to the parting counsel from her beloved grandmother who told her to always remember "above all, grace". Paltrow's statement of separation from her husband exudes that same level of grace under any circumstance, even in difficult matters of the heart. According to some reports, the couple and their children are enjoying a family vacation as they adjust to their new family dynamic.

Source:
Newly-single Gwyneth wants to Party All The Time
http://www.news.com.au/entertainment/tv/newly-single-gwyneth-wants-to-party-all-the-time-in-raunchy-glee-musical-number/story-e6frfmyi-1226865575074