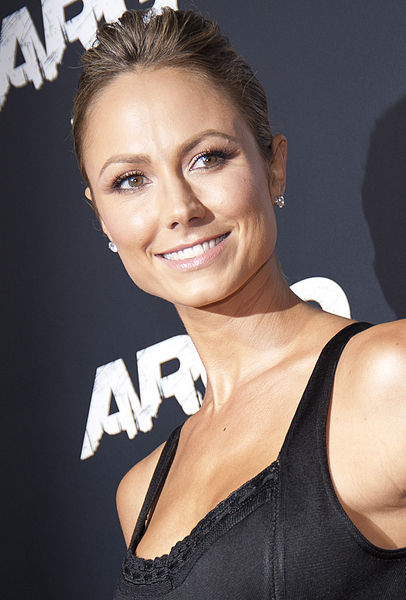 Stacy Keibler, the 34-year-old 5'10" leggy beauty, is expecting her first child from Mexican husband Jared Pobre (Spanish for "poor"). The couple knew each other for five years during which time the former wrestler and model (speaking of Keibler) famously dated actor Geoff Stults of the hit show "7th Heaven" and serial bachelor George Clooney.

Following her split from George Clooney, her friendship with the slightly younger Pobre became romantic. They started dating in the final months of 2013 and got married a little more than two weeks ago on March 8. Keibler made the announcement of the pregnancy by tweeting a picture with the caption "Look what we've got cooking!" The picture was that of a small bun laying in the center rack of the oven. She then exclaimed that she is making a bundle of love. Her transition from friend to lover, wife and expectant mother may seem fast, but sometimes you do what is fast when you're certain. Two years of dating the dapper Clooney ended last year. Her husband, though young at age 29, is the CEO of the company Future Ads.

Keibler was a successful wrestler in the World Class Wrestling (WCW) group known as Nitro Girls. She had the reputation of being the tallest diva on WWE, but it wasn't until her appearance on the hit show "Dancing with the Stars" in 2006 that she gained national fame. She often surprised the judges with her majestic command of her long legs on dance numbers clearly better suited for women of smaller legs. Italian judge Bruno Tonioli gave her the nickname of "Weapon of Mass Seduction". By all accounts, she and her husband are very happy. They announced their wedding before loved ones during what they said would be a vacation retreat in Mexico for close family.