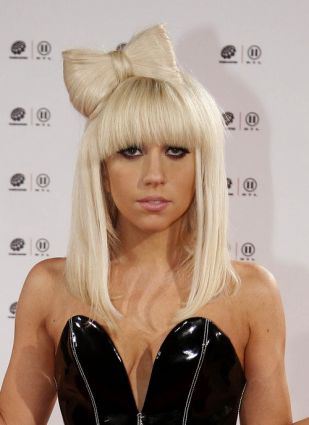 What does a world famous, self described eccentric, artist like Lady Gaga do for her birthday? Throw a party in her hometown, of course!

Lady Gaga was born as Stefani Joanne Angelina Germanotta on March 28, 1986 in Yonkers just north of New York City to working-class Roman Catholic parents. Since learning to play piano at age 4, music has been the driving inspiration of her life. She intends to live that life as long as possible.

In an interview with New York radio station Z100 after her last birthday, Lady Gaga stated "I want to change this code in the atmosphere that in order to be remembered, I must die young. In order to be remembered as a legend, I must be dead first," she said. "This is unhealthy." At the opening night of her current seven night series Lady Gaga stated how happy she was to make it to 28. 27 has been a statistically deadly age for many musicians such as Janis Joplin, Kurt Cobain and more recently, Amy Winehouse.

This year to celebrate her twenty- eighth, the singer also known as Mother Monster will transform Times Square's The Out resort into a gallery dedicated to her "G.U.Y." video. The gallery will contain props, costumes and information about the location and production of the video.

Contactmusic.com reports Lady Gaga will also be performing a show at New York City's Roseland Ballroom on April 7. The show is sold out but one lucky winner will receive a pair of coveted tickets at the premier of the " G.U.Y." video gallery. The collection will be open to the public and will run until April 10.

Related Topics:lady gaga turns 28
Up Next