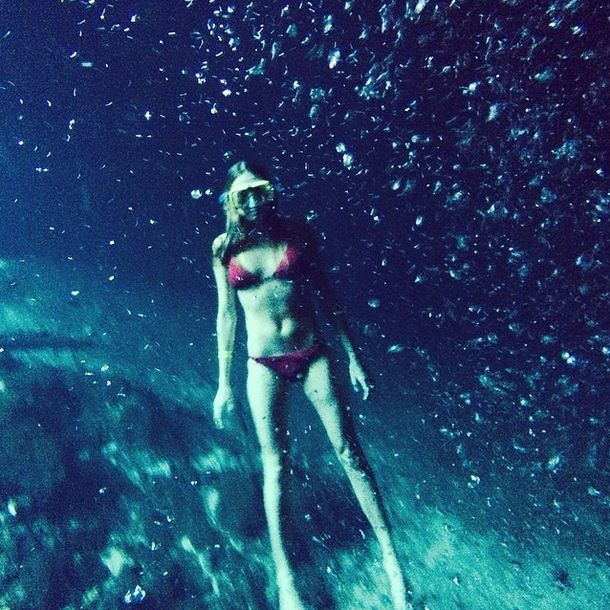 21 year old, Cara Delevingne, seems to be completely happy with her new romantic partner, Michelle Rodriguez. There latest escapade for a Mexican vacation was more proof that these two cannot keep their hands off each other. Multiple photos of the two sharing their common interest in PDA, some family viewable, others that are adult-only, have popped up on the internet from their latest holiday excursion.

Both have openly talked about their bi-sexuality, with Rodriguez commenting “I am too curious to sit here and not try when I can. Men are intriguing. So are chicks.”

The blonde supermodel wasn't too happy with the intrusion into their romantic escapade and vented her anger on Twitter with a series of tweets calling the paparazzi 'assassins'.

"Please remember that it is so important to not care what other people think unless you truly value there opinion, it only gets in the way," an angry Delevingne tweeted.

In another tweet the supermodel said, "Also you have no idea how valuable privacy is until you loose it!!!"

"I really think that it's disgusting that Paris is the only place where it is illegal for paps to follow you around," Delevingne wrote to her followers.

"It scares me because they act like they're assassins with there telescope lenses, hiding in bushes or whatever they can find. Ha I actually used to feel so sorry for them, how boring it must be to follow people around all the time but some of them actually enjoy it," the model wrote in another tweet.

Rumors abound in regards to these two lovebirds and their affection for one another. According to some rumors, the seriousness of the couple’s relationship is seen by the invitation of Delevingne’s sister for Michelle Rodriguez to attend her wedding.

Rumors are also spreading that Rodriguez's next film, the remake of Thelma and Louise, she is pushing to have her now current girlfriend play the other female lead. It is not clear how much time Miss Delevingne will have for acting as she is also trying to start her own clothing line. The first segment is to hopefully be out by next year, 2015.

Related Topics:cara delevingne pda
Up Next