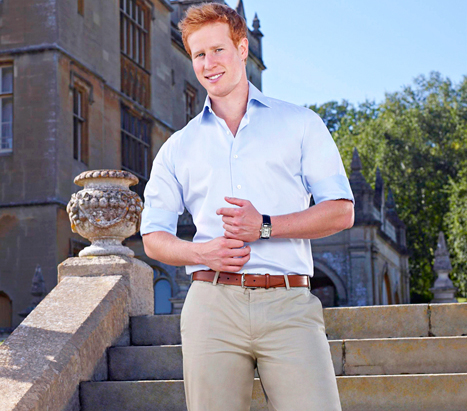 Fox network is banking on a repeat of the phenomenal success of the short-lived reality TV series "Joe Millionaire" which ran back in 2003. At the time, the show, which featured a broke construction worker whose idea of fine chow was McDonald's value meals, portrayed him as being a millionaire before a group of attractive women he was to court in a similar vein as show "The Bachelor". Joe Millionaire was a ratings bonanza as it consistently racked in viewership of nearly 35 million per episode.

Now, 11 years later Fox will be modeling a new deceptive reality TV show which features a Prince Harry look-a-like before a group of fawning gold diggers looking at scoring a life of opulence and attention. The show, which is called "I Wanna Marry Harry", will put unknown Matthew Hicks in the role as the prince of England. It is unclear just how Fox can deceive 12 women into thinking that the Royal is participating in a reality TV show in search for bride. Setting aside the obvious that an American reality TV show is well beneath the attention much less participation of a royal, it is astounding to think that there exist one woman much less a dozen women who think they'll be sharing a confidence with the Royal. It isn't clear where the show is to take place.

The new series will air on May 27. It should be noted that Prince Harry is dating Cressida Bonas and has been doing so since early 2012. Anyone buying a tabloid magazine or doing an internet search can discover that. Given the success of the first season of "Joe Millionaire", Fox has wanted to find a way to recapture the enormous ratings it created. Season two of Joe Millionaire floundered. It is uncertain if this next show will succeed.