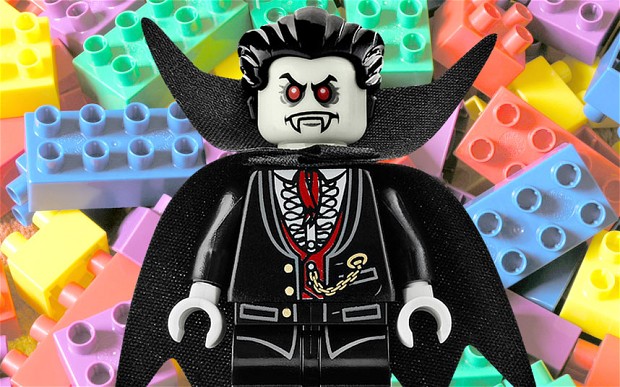 Lego has introduced a wider variety of characters since the 1990s, but many of them are angry, researchers found. Source: Supplied
[/caption]Polish Priest Warns Lego Monsters Devil Inspired

A Roman Catholic priest in Poland is warning parents of children around the world to avoid the latest toys created by the makers of the popular Lego building block, saying that they are tools of Satan.

Lego, a toy maker based in Denmark, recently released a new series of toys known as Monster Fighters and Zombies. But Father Slawomir Kostrzewa is warning that these mini figurines are totally focused on the forces of darkness which in turn can damage the souls of children who spend time playing with them.

Father Kostrzewa is advising parents about the negative repercussions that can result when they allow their children to play with dark monsters rather than toys that represent more friendly beings.

The priest says he is backing up his warning about the Monster Fighters and Zombies Legos with research done recently at the University of Canterbury in New Zealand. Kostrzewa claims that the figures "were about darkness and the world of death," citing specific figures, such as Lord Vampyre, a Dracula-like character that wants to "cloak the world in darkness."

"These toys can have a negative effect on children," Kostrzewa said. "They can destroy their souls and lead them to the dark side."

Studies done there report that Lego features have gone from being smiling and benign in recent years to being more scary, angry and downright evil looking. Children who play with such evil toys are more likely to be confused about good and evil because the villains display satisfaction in harming others. The characters featured in Lego's Monster Fighters line of building blocks include a Dracula-style Lord Vampyre, a character who fights the efforts of Major Quinton Steele and Doctor Rodney Rathbone as he attempts to complete his mission to encourage more people throughout the world to embrace the dark side.

‘Lego leads children to the dark side’: Priest warns parents toys are the ‘tools of Satan’
http://metro.co.uk/2014/04/01/lego-leads-children-to-the-dark-side-priest-warns-parents-plastic-blocks-are-the-tools-of-satan-4685487/

Related Topics:Priest warns Lego monster and zombie figurines tools of the devil
Up Next

Lindsey Lohan Wrote Song in 2004 to Torture Her Ex