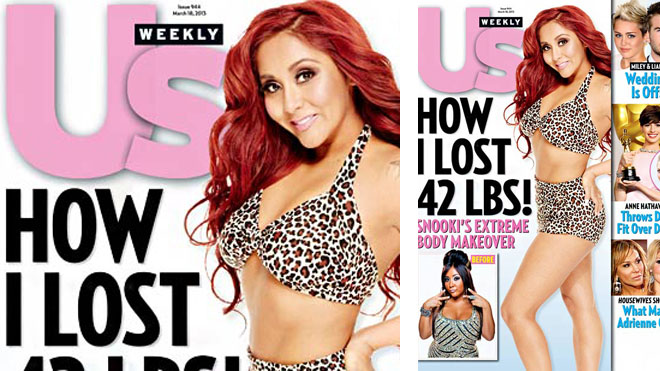 Snooki Pregnant Again
[/caption]Nicole Polizzi aka Snooki is expecting a second child from Jionni LaValle, her fiancé. When asked about when LaValle intends to make an honest woman of her, she says their wedding plans are still on for some time fall. However, to coin an adage from Dr. Laura, it is a both a ring and a date that determines an actual engagement. To that effect, it is not clear if there is an actual wedding date scheduled.

All nuptial plans aside, Snooki is thrilled to be expecting yet another child from her lover and said the two are deeply in love with one another. It's quite obvious that the former Jershey Shore reality TV star is very happy. Her first child from LaValle was a boy named Lorenzo who was born August 26, 2012. The new baby will be due within the time frame that they are due to be married.

Polizzi aspires to have four children one day, but originally had not planned on another pregnancy until she was formally Mrs. LaValle and the completion of her 6,500 square foot estate was done. However, as John Lennon once penned, "Life is what happens to you while you're busy making other plans." She will now be able to share the pregnancy experience with her former Jershey Shore BFF JWoww who became pregnant in December. It will be the first offspring for her and her fiancé Roger Mathews. Parenthood suits the two ladies and might just be what their former cast member The Situation is in need of.

Related Topics:Snooki Pregnant
Up Next