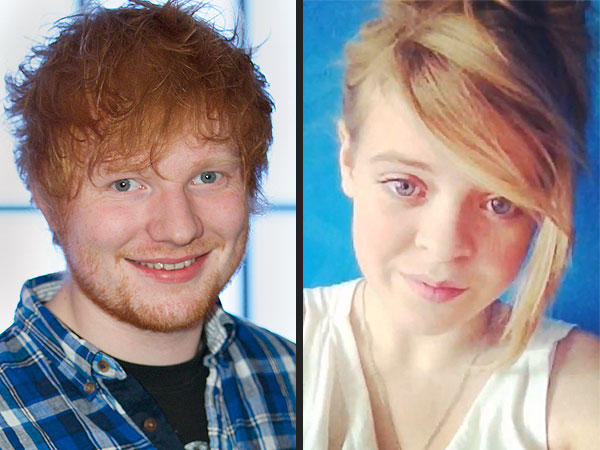 Triona Priestly suffered through the end stages of cystic fibrosis with only one final wish on her mind, to be serenaded by her favorite singer, Ed Sheeran. When Sheeran found out about the dying girl's dream, he made arrangements to telephone her personally on April 1. Her family had arranged an online campaign that helped alert the popular singer about Triona's desire to hear him sing directly to her. She knew immediately who it was when Sheeran greeted her with a cheerful hello and then he began serenading her by singing "Little Bird", Triona's most favorite song.

Somewhere in the middle of Sheeran's serenade, Triona drifted off to sleep. Her family reports that within minutes of her final wish being granted, she died peacefully, surrounded by family members and knowing that her favorite singer cared enough to connect with her on her death bed. When Sheeran was alerted that Triona had passed on peacefully, he posted a final message to her on his Twitter account, asking her to rest in peace now. Her best friend says that it was only by using the power of social media that Triona's family and friends were able to grant her dying wish.

Following Priestley's death, her brother Colm told the Independent, "Myself and my family would like to thank Ed Sheeran and everyone who started and supported the #SongForTri campaign. What they gave us and her was a beautiful last moment together. Triona slipped into a sleep as Ed was singing to her and passed away shortly afterwards. So Ed Sheeran sang her to sleep."

He added, "We are all so proud of Triona and how she fought cystic fibrosis. Everyone loved Triona so much and she knew that."

Justin Bieber scolded by family friend for his behaviour at Walmart