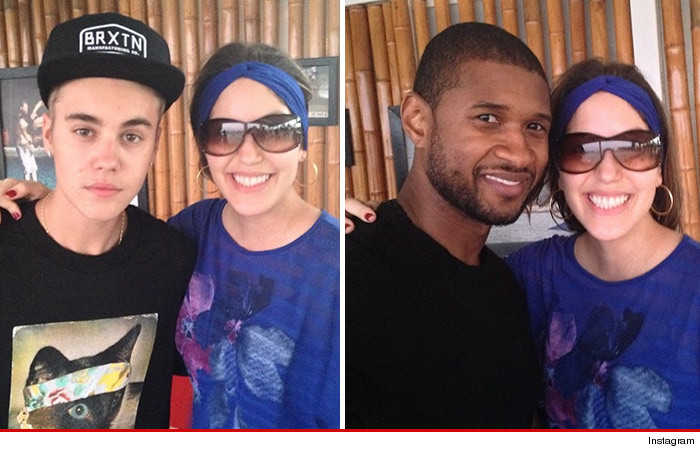 Stratford, Ontario - International pop-star Justin Bieber can't win for losing these days. It seems that trouble follows him everywhere he goes from the land down under, New York City, Calabasas, Atlanta, and now his native Canada. Truth be told, the young[caption id="attachment_71808" align="aligncenter" width="650"] Justin Bieber scolded by family friend for his behaviour at Walmart[/caption]man will eventually have to realize that when trouble follows a person everywhere they go, the root cause is to be found in the one consistent factor in each circumstance. In this case, the one thread of consistency is himself.

In this most recent incident, The Biebs was the local Walmart which he was patronizing while briefly coming home to visit family. Apparently, the entertainer ran into Mike Malcho, a family friend who has known him since he was a wee lad. The encounter did not go well because the following day, Malcho posted a lengthy Facebook rant castigating the young man for his behavior at the retailer.

Apparently, Bieber literally took a bus load of enablers along with him (estimated at 30 people) for the visit to the store. He walked the aisles with uncomely swagger during which time he would open food containers to sample items. There was no mention of him adding the items to his shopping cart to at least pay for them. He was observed strewing items about. He even grabbed flashlights and would shine the light in the faces of young girls.

Machado, whose own rant indicates he is in dire need of a basic English grammar lesson, expressed the disgust he feels looking at Bieber behave in such an entitled manner. He urged the pop singer to show respect to his home town and to basically sober up from his childish behavior. Truth be told, Malchado is just the next in a long line of adults who would like to slap the insolent young man in the head.

“Justin shame on u.....ya know from get go I supported ur ass...[People are] always saying he's a kid...Money has got to him and he will find his way back (sic),” he wrote.

“U disgust me....Yes I am happy I told u exactly what I thought of u...u and ur 30 goons. I cannot believe they allow u to behave that way and r right beside u doing it....Waltz into Walmart last night and low and behold Mr Bieber not only being a little p***k to young girls by shining flash lights in there face etc...but walking through the store like u own the place with no regards to employees or others attending the store for real purpose bouncing balls ....throwing things... opening food etc….

“I get it fame goes to ppls heads but my god boy grow up...so many young girls and boys look up to u let alone ur home town,” he continued.

“Ur behavior doesn't just effect u it effects all that live here....We want someone to be proud of and most of us thought we could be proud of u....What a disappointment.

“With that said Grow up son bc life is to short and ur a much better person then ur portraying to be...Alot of us know alot more then what's published in the books and being posted and the movies being created...The only ppl u guys r fooling is r u....Give Stratford something to be proud of again...END of story.”

Source:
Justin Bieber scolded by family friend for his behaviour at Walmart
http://www.news.com.au/entertainment/celebrity-life/justin-bieber-has-been-scolded-by-a-family-friend-for-his-disappointing-behaviour-at-walmart/story-fnk822dn-1226874261483