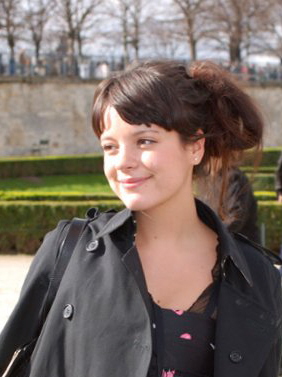 Singer & reality TV actress Lily Allen is a very sweet looking and attractive woman, when she's not jutting her tongue out a la Miley Cyrus. She is set to mark her return to the music scene with her first album in five years slated for a May 5 release. The album is entitled "Sheezus". For the work on her new CD, she collaborated with record producer Greg Kurstin, who has done the work for her prior recordings.

Allen's first two albums were commercial successes. The 2006 "Alright Still" and the 2009 "It's Not Me, It's You" each sold 2.8 million and 2.0 million units worldwide respectively. To boost support for her upcoming CD, she simultaneously made two songs available for download and each one debuted in the iTunes top 10. Allen has struggled a lot with her personal image and what must certainly have been some inner demons. During her break from music recording, she gained a whopping 3 stone (42 lbs). However, she had begun the process of turning herself about.

Allen was made a charity singing event this past week and appeared quite slender and attractive in a nude colored sheen top what allowed the full form of her breasts to hang. It was an edge look to be certain, but she pulled it off owing to her now petite frame. Those close to her are deeply concerned that her looks are deceiving. She lost the excess weight which is healthy per se, but she did so in a very short period of time. They are concerned she may be relapsing with past unhealthy behaviors.

Their concerns appear to have merit as the 28-year-old recently posted a picture of her car on Instagram. She captioned that she had taken a piss off the side of the highway. It is odd behavior, but hopefully was done to amuse fans and not in the spirit of Amanda Bynes very public crack up.

John Pinette Dead At Age 50: Cause Of Death Was Natural Causes

Justin Bieber scolded by family friend for his behaviour at Walmart