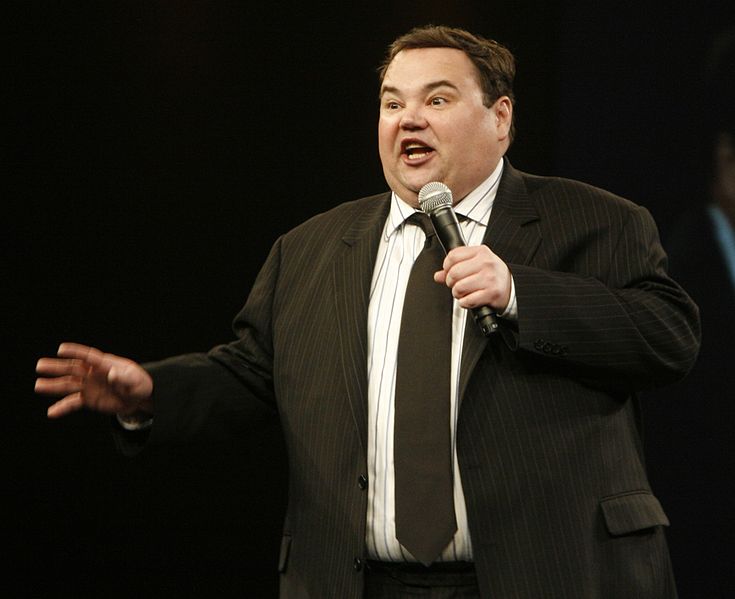 John Pinette Dead at Age 50. Pinette (/p??n?t/ p?-net; March 23, 1964 – April 5, 2014) was an American actor and stand-up comedian. He toured the comedy club circuit beginning in the 1980s and appeared in cinema and on television. Besides stand-up, Pinette did impressions of The Chipmunks, Elvis Presley, Gollum from The Lord of the Rings, Hervé Villechaize (Tattoo from Fantasy Island), an Ewok, actor Marlon Brando (notably Brando's role in The Godfather), as well as various ethnic accents. He occasionally sang, for example "Over the Rainbow" from The Wizard of Oz, in stand-up routines.[/caption]

Pinette was found dead in a Sheraton Hotel room in Pittsburgh on Saturday, April 5th, from what the Allegheny County Medical Examiner is calling natural causes. The Boston-born comedian suffered from heart and liver disease, both of which may have played a significant part in his untimely death. An autopsy was not performed.

The plus-size actor is best known for his role on the final episode of the hit television show Seinfeld and for his stand-up comedy performances. Pinette played a mugging victim on the show. He remained widely recognized for many years following that appearance as the finale was among the most widely viewed episodes in television history.

Pinette also had a few film roles under his belt, including Junior (1994), The Punisher (2004), and The Last Godfather (2010), as well as touring with Hairspray on stage. He was more recently seen as the host of a comedy cooking show on H2 (All You Can Eat) in September, 2013.

He also had three major stand-up specials to his name: Show Me the Buffett, I'm Starvin'! and Still Hungry. His considerable weight was often a topic in his self-deprecating and well-received comedy routines. At the time of his death, Pinette was planning a comedy tour that would have taken him to audiences across the U.S. and Canada.

Many stars are already paying their respects through Twitter. Pinette was 50.