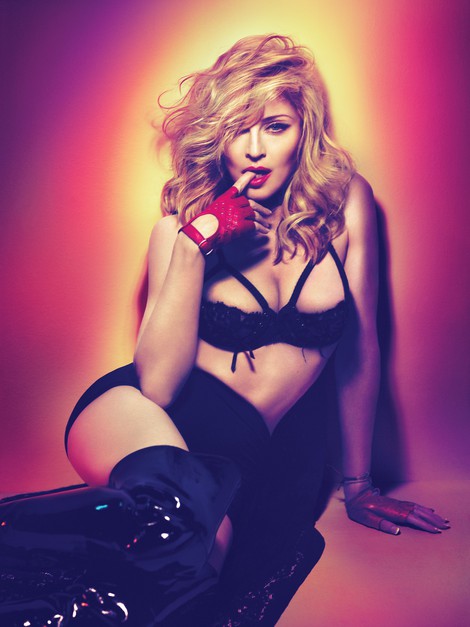 Over the years we have come to terms with some of the strangest events that are aired through the media and tabloids. One of the strangest situations that just recently took place was the disappearance of luxury lingerie borrowed for a photo shoot. Yes, you have read that right, luxury lingerie disappeared from a photo shoot that took place in New York City on March 14, 2014!

The photo shoot involved a lovely singer, actress and entrepreneur Madonna. Madonna also known as the “Queen of Pop” achieved many things in her career as a celebrity some of which had and will touch our hearts for the rest of our lives. From the amazing songs she had created to the amazing talent she developed giving her the ability to reimage herself, she will always be remembered as one of the most talented persons in American History.

During the photo shooting, Madonna was instructed to complete many poses in a variety of lingerie for the L’uomo Vogue Magazine. The luxury lingerie was indeed expensive and was borrowed for that project specifically. According to starpulse.com, there were among 21 items only a few were missing which included bra valued at $2,545 and designed by New York-based lingerie designer Deborah Marquit, a thong valued at $345 and briefs costing $545.

From the information stated on starpulse.com, the police were called and the luxury lingered was reported missing with more than $3000 of merchandise missing. A representative for Deborah Marquit stated only 13 out of the 34 pieces of luxury lingerie were returned after loaning out for the photo shoot.

Although the designer is at a loss and don’t think someone from the shoot is involved due to the fact that this has never happened before, Marquit hopes for a safe return of the lost merchandise.

While there were some pieces missing Madonna stood her ground and continued on with the shoot looking professional yet fashionable and sexy. What woman wouldn’t want to purchase a piece of merchandise from the Deborah Marquit New York-based collection?

John Pinette Dead At Age 50: Cause Of Death Was Natural Causes