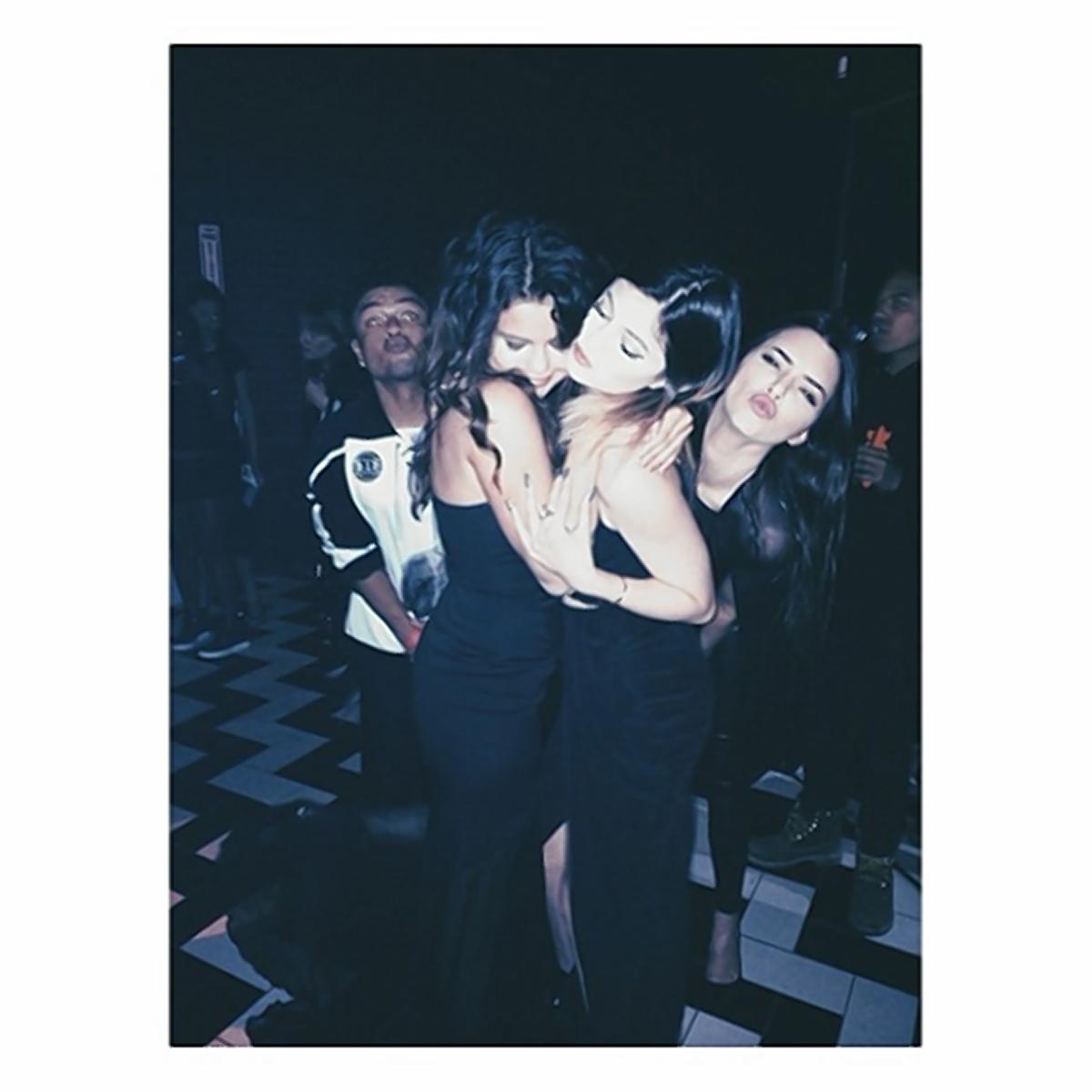 The Kardashian girls, fresh home from their vacation in Thailand, are back doing what they do best: socializing in celebrity circles. The girls joined Selena Gomez to attend the birthday for the Christian Combs, the 16-year-old son of rapper Sean Combs. It was completely fine for 18-year-old Kendell and 16-year-old Kylie to attend a teenager's birthday party, but it would appear that Khloe, age 29, would not really fit in well unless she were there to chaperone. Regardless, the estranged wife of Lamar Odom wore a black skin tight dress with a cut up the skirt revealing plenty of leg. Truth be told, she looked hot.

Gomez arrived along with the Kardashian girls. What is making a buzz is a sweet selfie that both Kylie and Selena made of each other. The girls are seen lying on their backs with their long flowing hair spread about as the ladies hold flowers. Gomez, age 20, still looks as if she just celebrated her 15th birthday. The two girls later posted a picture of them hugging at the party. It would have been much nicer if Kendall and a friend had not photobombed the shot. All of the Kardashian girls and Gomez arrived wearing black to the event.

For her part, Kendall wore black leather pants and black satin top. It is being reported that the ladies were on hand to help make the birthday party a memorable event for Christian Combs. That said, the photographs being posted indicate the evening was just one more night that had more to do with the Kardashians than anything else. However, the young man was clearly thrilled to see so many celebrities attending an event in his honor. He tweeted everyone thanking them for their participation. The celebration was held at the swanky "1 Oak" club in Los Angeles.