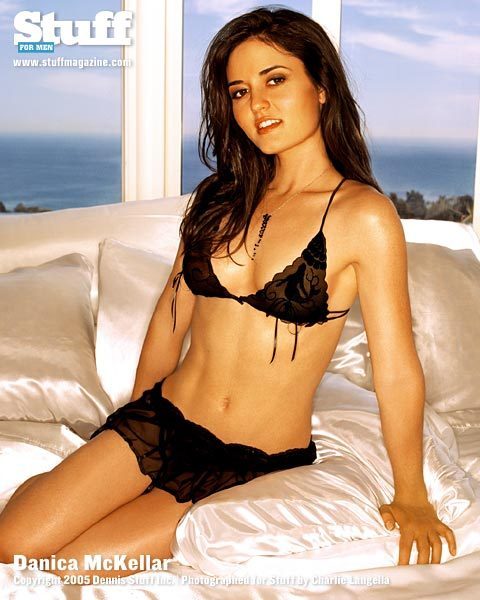 Actress Danica McKeller, who at age 39 still looks quite youthful, tweeted her fans that she had an accident during her rehearsal for the competition "Dancing with the Stars" (DWTS). She explained that the accident left her with a broken rib. The competition is physically demanding on the participants some of whom are able to transition from mere celebrities to amateur dancers through a grueling process where they practice dance several hours a day. McKeller has not formally withdrawn from the competition at this point and hopes to pull through somehow. As anyone who has experienced any physical trauma to a rib knows, they are motioned constantly for everything from breathing, arising, sitting, turning over in bed, bending down, etc. How the attractive woman will be able to compete under those circumstances is highly questionable.

Thus far, she and her dance partner/instructor Valentin "Val" Chmerkovskiy have posted strong numbers and are ranked as the #2 couple. The current leaders are Meryl Davis and Maksim Chmerkovskiy. The competition had an epic sibling rivalry as the Chmerkovskiy brothers were battling it out with their partners. McKeller had recently received high praise from the judges who admitted they now viewed her as a contender for the championship.

This morning, Val Chmerkovskiy put on a brave face and tweeted a picture of him and McKeller happily enjoying a break. That is fine, but how exactly will the actress perform ballroom dance when bending over to tie her shoe laces will cause her excruciating pain is the question on people's minds. Would that she wave Harry Potter’s wand and utter “reparo” and be restored. For her part, McKeller has enjoyed an ongoing acting career in the years following the "The Wonder Years". She got married in 2009, but divorced three years later. She has one child from that marriage. She is also an accomplished author having published four non-fiction books.