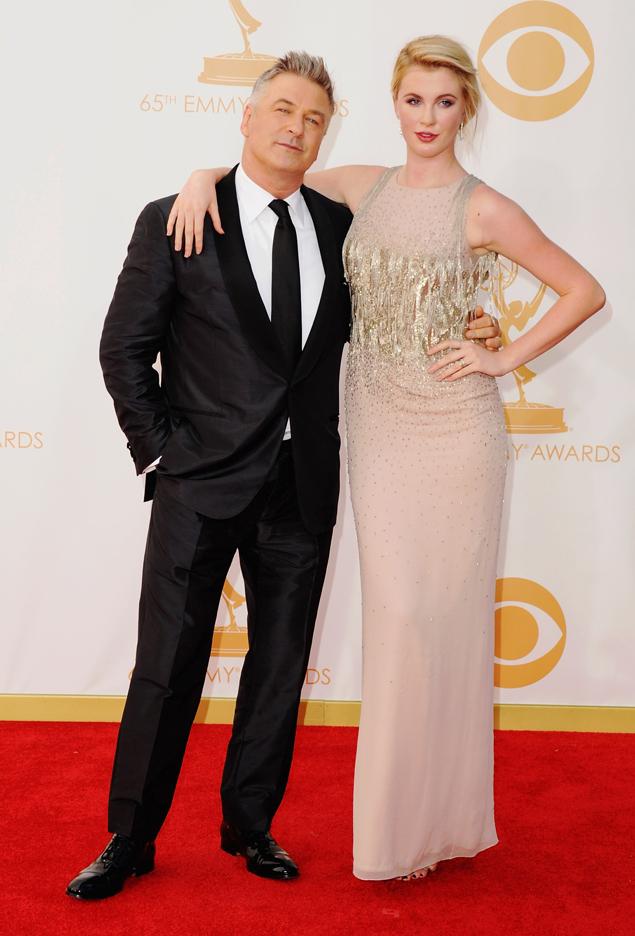 Ireland Baldwin, daughter of actress Kim Basinger and actor Alec Baldwin, is fed up with people maligning her famous father and calling him names like "racist" and "homophobe" due to his recent comments about a journalist who was trailing him. Using her Twitter account, Baldwin blasted those individuals who have recently criticized her father, who recently lost his new TV talk show after making public comments that the network deemed unacceptable. The 18-year old Ireland, who is forging a career in modeling, has had her own battles in the past with dad, after he called her a "thoughtless little pig" in a voice mail message. Ireland Baldwin said that her father speaking his mind is something that she thinks takes real inner strength and she chastised his critics by admitting that everyone at some time or another has said something upsetting that they wished they could just take back. In her social media comments, Ireland made it clear that while she didn't support what her father said, she supported his right to feel whatever emotions caused him to recently explode. She also asked everyone to stop acting like children and leave her father alone to learn his own lessons.

On The Web:
Ireland Baldwin Defends Alec Baldwin: "My Dad Is Far From a Homophobe or a Racist"
http://www.usmagazine.com/celebrity-news/news/ireland-baldwin-defends-alec-baldwin-my-dad-is-far-from-a-homophobe-or-a-racist-20131711